August 6, 2019
From the messy desk of Amanda Eichstaedt…

I am notorious for not remembering birthdays. I’ve got my immediate family covered, but even dear friends fall off the radar. I once bought several clever “belated birthday” cards since I knew I would put them to use. As usual my hindsight is 20/20!

KWMR’s birthday is May 2. That is the day in 1999 that the switch was flipped and KWMR’s FM signal went out over 90.5. KWMR was alive prior on Horizon Cable. An FCC license is not a trivial thing to secure. My hat is off the the hard working crew that not only wrangled the paperwork, but assembled the equipment necessary to make it all work. There are a lot of moving parts to consider, despite this pipsqueak station’s 235 watts coming off Mt Vision. For comparison, KQED broadcasts 110,000 watts out of SF.

KWMR is not having a huge birthday party. We frankly do not have the bandwidth (pun intended) as a small staff to organize the festivities. We are busy keeping the programming going, training new programmers, and raising necessary funds to keep the lights on. Instead we are asking for 500 (at least, more is fine, too) people to give us $20 each in honor of our birthday. KWMR’s “20 for 20” campaign launched last week. The goal is to raise $10,000 to give our cash flow a bump, during this slow time in our fundraising cycle. 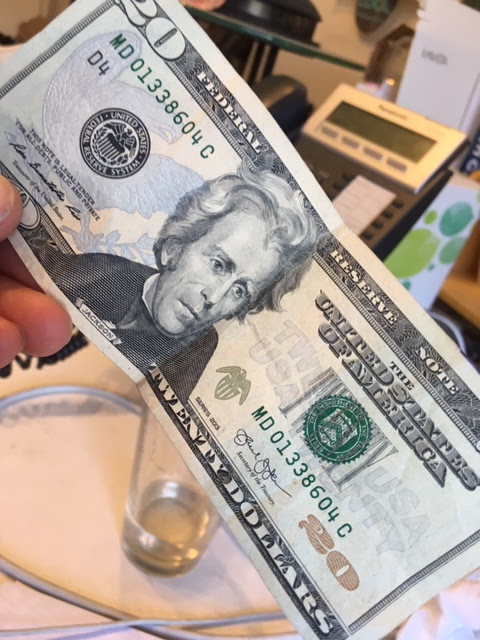 This is where you come in! So far we have raised $415 towards our $10,000 goal. Won’t you be one of the five hundred people to step up and support local radio? We know that every penny counts, and we thank wholeheartedly the folks that have already stepped up for this fun fundraiser. Keep an eye out for KWMR representatives at the Farmer’s Market, the Inverness Fair, and other events. You can contribute in person, online, or you can walk on into the KWMR offices and say hello while you drop off your $20!

This just in! Our friend Steve Mencher from KRCB was able to record the Congressman Jared Huffman’s Town Hall Meeting in Point Reyes Station yesterday. Here is the LINK to the 1.5 hour meeting, complete with Q and A.

p.s. Don’t forget to download that brand new KWMR App!
p.p.s. Have you contributed to our 20 for 20 Campaign?