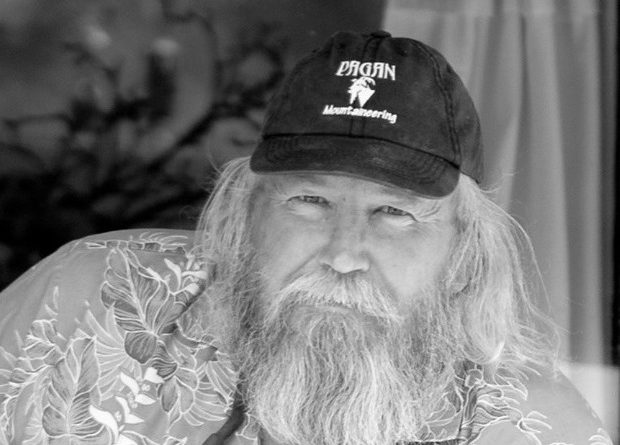 A note from Amanda,

I believe I met Jerry in 2006, a year before I became a volunteer programmer at KWMR. We met because we both had English Shepherd pups. He had his Mika, and our dogs were close in age. We’d get the pups together to play in my yard and we’d sit on the bench and talk about stuff that was going on in West Marin. I didn’t get involved with KWMR because of Jerry, but it was a contributing factor for sure. I loved his “Hippie from Olema” show and did a program that followed him on Monday for a while, prompting me to purchase my own personal set of headphones, which I wear to this day when I’m on the air.

Jerry is remembered at KWMR for his “Hippie from Olema” show, and broadcasting West Marin baseball games on KWMR with Gus Conde and Charlie Morgan. He was pivotal in running many of KWMR’s remote broadcasts, and he helped wire up the broadcast studio when KWMR moved from the Red Barn. He was a fixture sound guy at the Dance Palace, and at Far West Fest.

We got along. I can’t remember specifically what we talked about, but we never seemed to be at a loss for chatting. He was a good cook, and I know that we would discuss preparing seasonal fare. We also talked about music, since Jerry would often play new music on the radio. In fact, when he departed for Colorado, to take a job in community radio, I took over his Monday night spot (I had since become the Station Manager) to “hold it,” since I was sure he would return and could slip right back onto the KWMR airwaves with his beloved show. I was wrong.

As the Station Manager, I would occasionally reach out to Jerry with some random question about work that was done at the station “back in the day.” Not only did Jerry hold several jobs in West Marin, but he poured his heart and soul into helping KWMR get on the air, and was always ready and willing to lend a hand. More often then not he would be able to shed light on a KWMR mystery or he know who to contact about the mystery. And it would give us a chance to catch up.

Many of us have our own personal Jerry memories and stories. He was a character, a true hippie to the core. On Tuesday, June 11 he was heading north on Colorado Highway 145 on his way, just an hour short of arriving at the Telluride Bluegrass Festival – where he was a fixture in Camp Run-a-muck, with his festival family. The vehicle crash is under investigation, but preliminary reports say that Jerry was traveling at a high rate of speed and lost control of his truck on a curve, overcorrected, and then collided head-on with a large truck.

I hope it was instantaneous. He was alone in the truck. The driver of the other vehicle is ok. Jerry lost his beloved pup Mika a few years back to cancer.

The last time I saw Jerry was when he came back to California in 2014 to clear out his storage unit in Petaluma where much of his audio equipment had been stored when he left two years prior. I had urged him to leave a set of keys to the storage with me in case he needed things shipped to him. He begrudgingly gave me a set, saying that I was being too fussy. When he arrived in Point Reyes we got together because he needed to get the keys from me, his pair had been misplaced. He was grateful and we had a good laugh about it, and we got the dogs together and caught up. He thought he was making another trip to West Marin last spring, but it didn’t pan out. 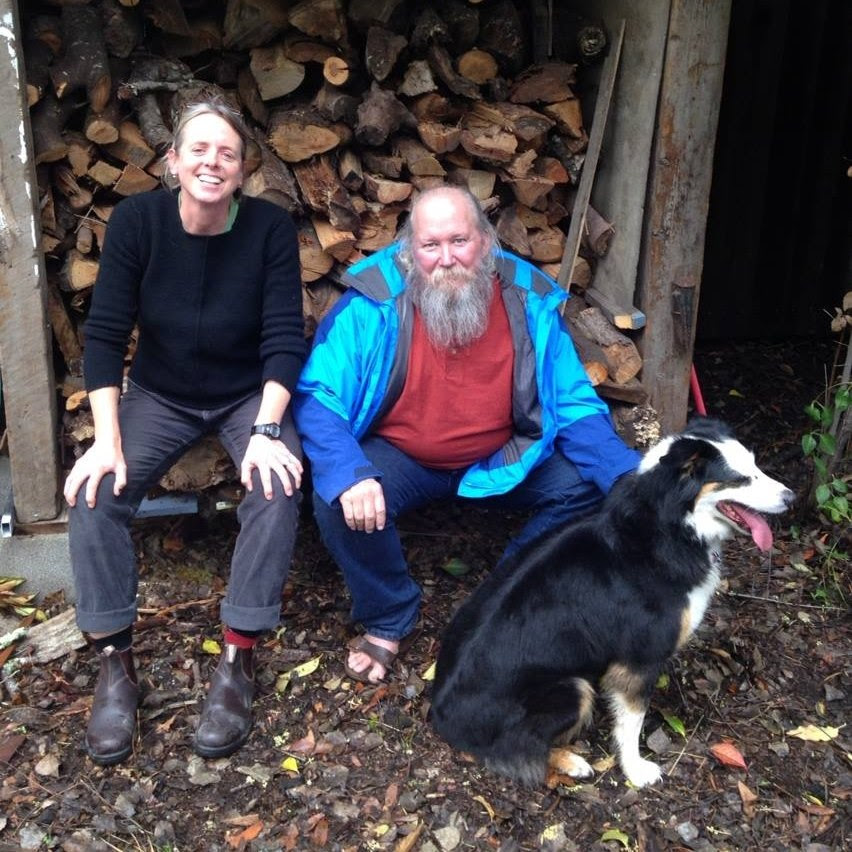 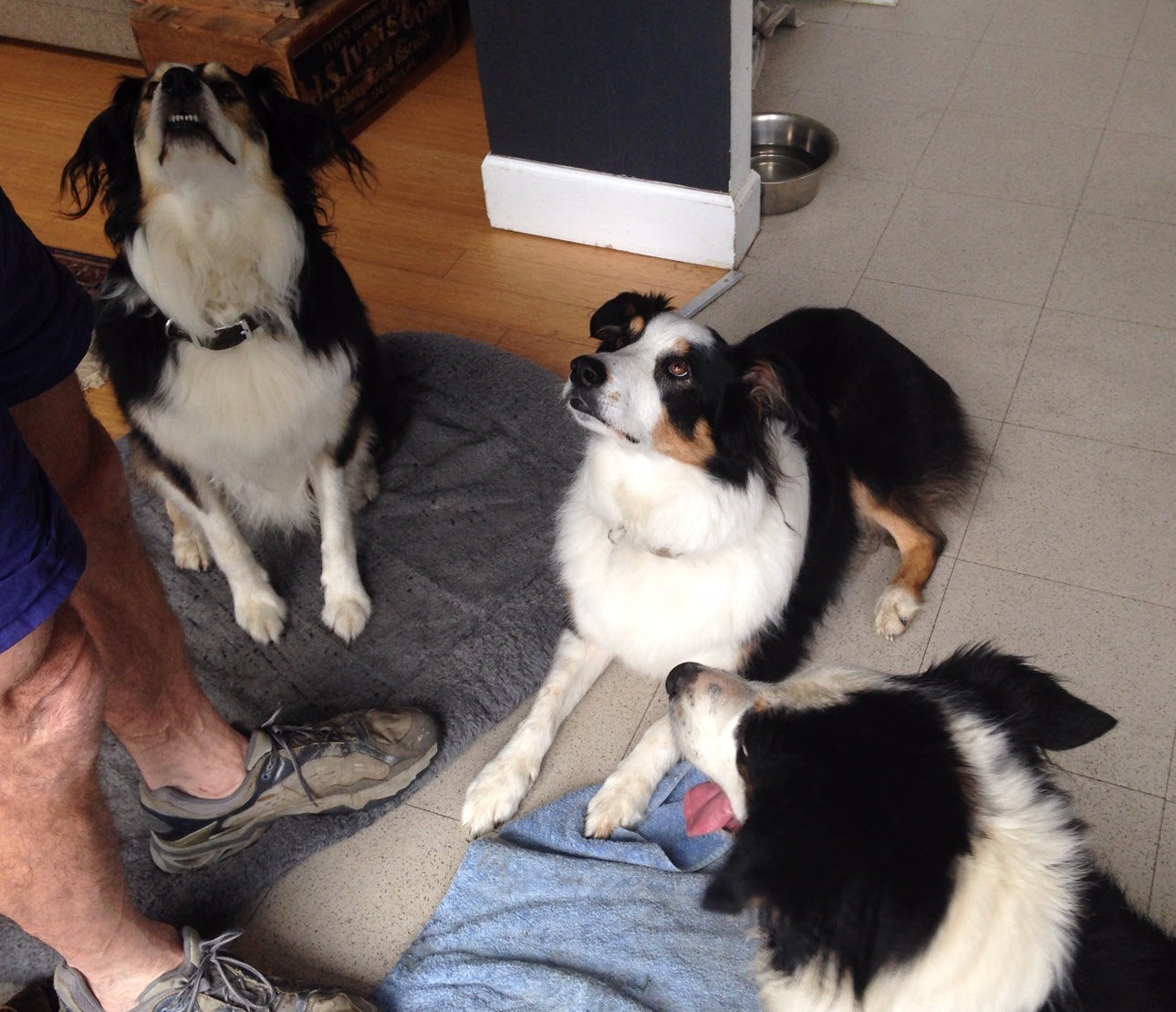 p.s. Listen here to an archive Hippie from Olema program that was broadcast on Monday, June 17, if you missed it CLICK HERE to listen. Tune in tonight at 6:30 for Charlie Morgan’s Musical Variete for more musings on KWMR’s baseball broadcasts.