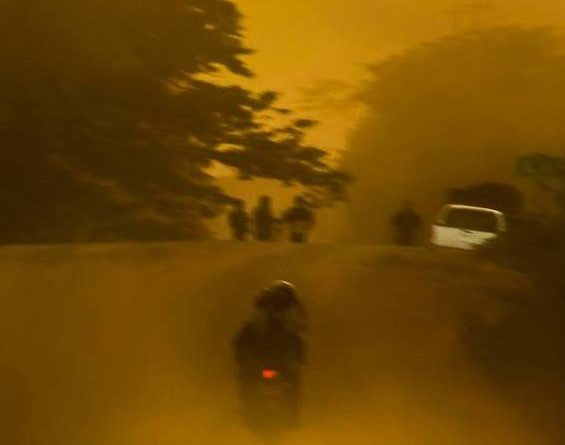 Created early 2017 in response to diminished funding of independent investigative journalists within US mainstream media, The Intrepid News Fund (INF) promotes under-reported news and human interest stories specifically from Latin America. KWMR is teaming up with the INF because founder Teri Mattson is a West Marin activist doing positive work in the world. We are proud to feature ongoing reports from the INF as a collaborative effort to enforce the power and relevance of real news reporting.

An experienced team comprised of professional journalists, humanitarian workers and Latin American experts, we united at a time of historic “fake news” production, as well as, out of great frustration with the composition of the US mainstream media; an industry owned and controlled by 6 corporations.  Additionally, our funding helps alleviate the financial burden of investigative journalism for both large and small news platforms.  This is particularly relevant for community radio stations such as KWMR.  More importantly, the KWMR listener demographic includes a large population with cultural and family ties to many parts of Latin America.

Teri Mattson, Program Manager – Teri Mattson has over 30 years of marketing and business development experience in both the private and non-profit sectors.  Teri’s extensive business management background culminated in 2014 with the sale of the five-room bed and breakfast inn she owned and operated in the Point Reyes National Seashore for over 16 years. Her political activism, beginning in the 1980’s, includes a variety of roles serving to promote and elect political candidates on the state and local government level throughout California.

Norman Solomon, Project Review Panel – Journalist, media critic, author and activist. He wrote the nationally syndicated “Media Beat” weekly column from 1992 to 2009. Solomon is the founder of the Institute for Public Accuracy, a consortium of policy researchers and analysts. He is IPA’s executive director and the coordinator of its ExposeFacts project. He is co-founder and coordinator of the online organization RootsAction.org, which now has 750,000 active supporters. Solomon is a longtime associate of the media watch group FAIR (Fairness & Accuracy In Reporting).

Fernando Andres Torres, Project Review Panel – Fernando Andres Torres, is a freelance journalist, short-story writer, and poet, currently contributing to various San Francisco Bay Area and Latin American media outlets including La Opinión de la Bahia, and Fresno’s Radio Bilingue. He is associate editor and U.S. correspondent for the web magazine Dilemas.cl and editor of the blog magazine LatinOpen. Torres is also a member of the advisory board of ExposeFacts.org.