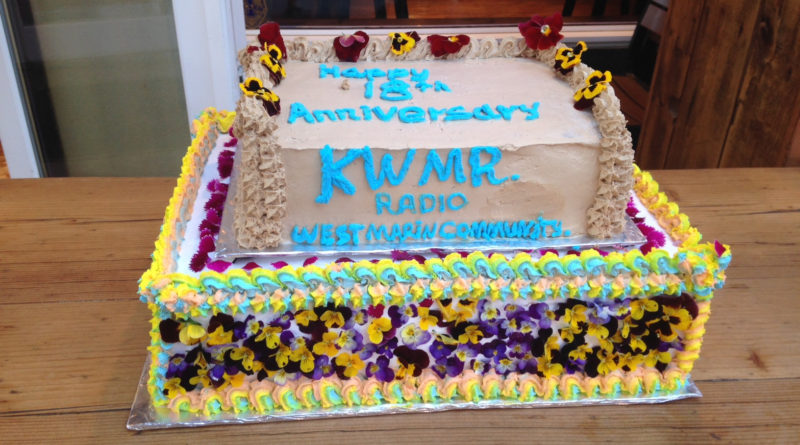 Whether or not Queen Marie Antoinette ever uttered the phrase, “let them eat cake” is up for debate. I can assure you that there is no disputing the cake that was happily munched down at the KWMR Birthday Bash at Lagunitas Brewing Company yesterday. The top layer was a coffee infused chocolate delight, while the lower layer was chock full of strawberries with the lightest moistest white cake surrounding them. The frosting melted in your mouth and the flowers were edible! 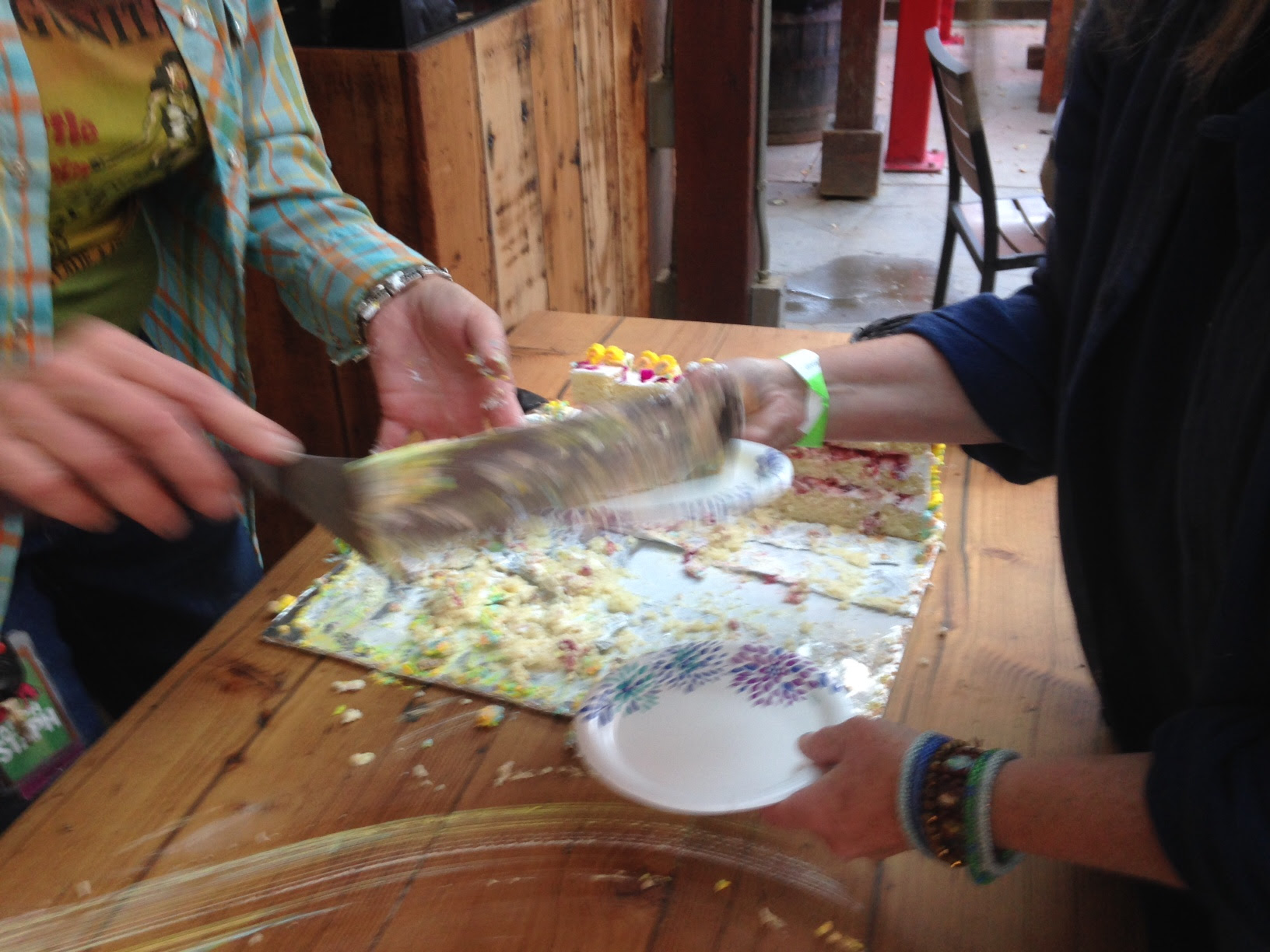 Moments after the unveiling, 99 pieces of cake were gone!
Photo: Amanda Eichstaedt

What a party! 150+ people convened at Lagunitas Brewing Company’s performance space in Petaluma to enjoy the groovy tunes of DJ Barbarella and the rockin’ blues/rock from the Detroit Disciples. Turning 18 was never so fun as last night. We thank everyone who participated in making this event top-notch.

Click HERE for a full photo album and list of donors and sponsors for the KWMR Birthday!

The whole KWMR team was there, along with many KWMR Programmers, Board Members, Advisory Board Members and fans of the station and on-air programmers, and the band and DJ. The Bodega food truck did not disappoint with some tasty treats, and the beer was nice and fresh!

18 years and going strong! Here’s to many, many more!

p.s. Have a wonderful holiday weekend!

p.p.s. Like what you are hearing on KWMR? Tip the show!