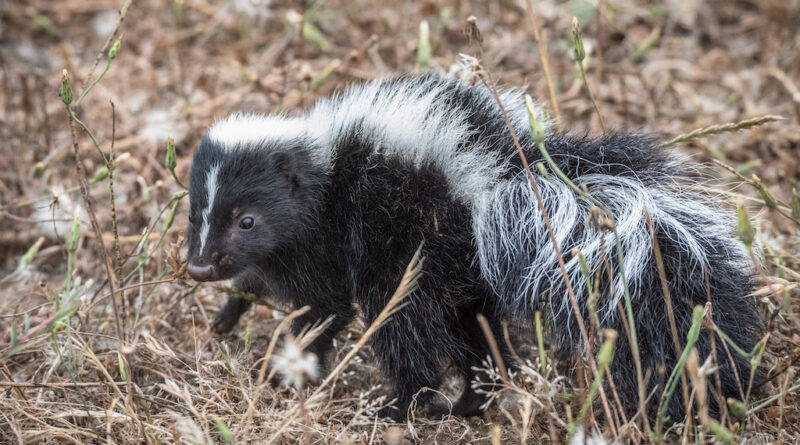 Tuesday Feb 8, 2022
From the messy desk of Amanda Eichstaedt…

So a group of skunks is called a surfiet. Yep, it means a surplus of something, or a lot of something, not necessarily a bad thing. Since baby skunks are born in April, now is the time for skunks to get out and find love, (about a 60 day gestation period), and they have already started! You are unlikely to see a skunk convention, unless you see mama with babies in tow.

Skunks are more solo creatures, and while not nocturnal, they do seem to cruise around more after dark. They don’t see well, but have a wicked good sense of smell, dig holes, and eat a lot of things that we should be happy about, including grubs, bugs, mice, etc. And if you have ever seen a baby skunk, well, that is one cute little creature! Baby skunks are called kits. 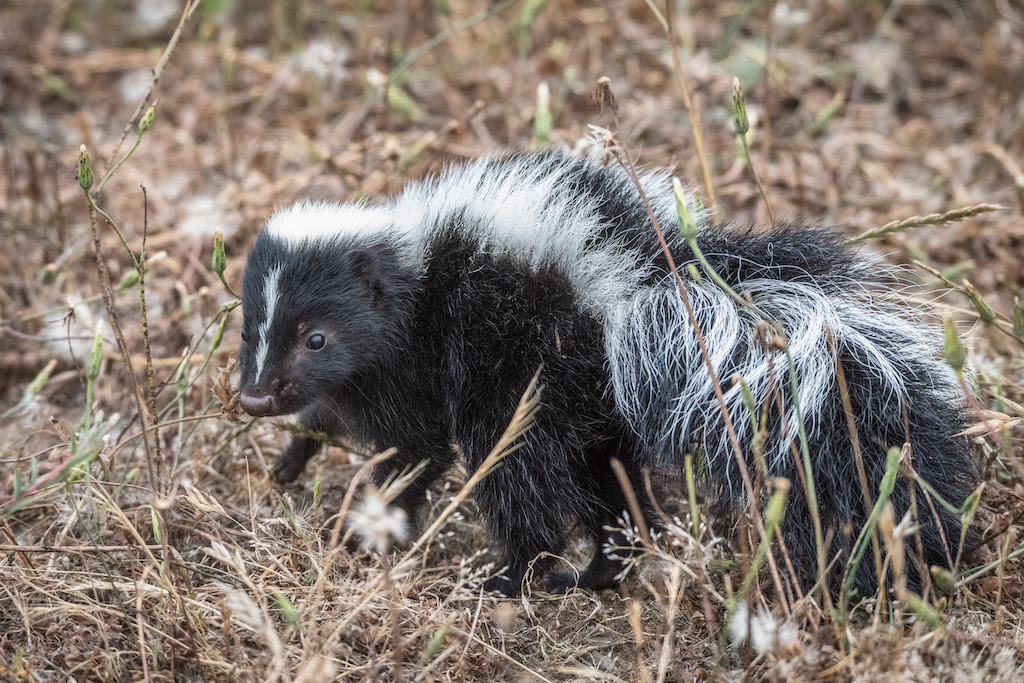 But the smell. Skunks do not want to spray, it is their last line of defense. They first grunt, growl, and shake their tales, as well as stomp the ground, things we may not be privy to in our daily activities. However, we are well acquainted with the smell of a poor little critter that did not make it across the road. Since being hit by a car is traumatic, boom, they let their stink flag fly. If they spray in defense, it takes a while to build up a new crop of stink, so they are vulnerable during that time. 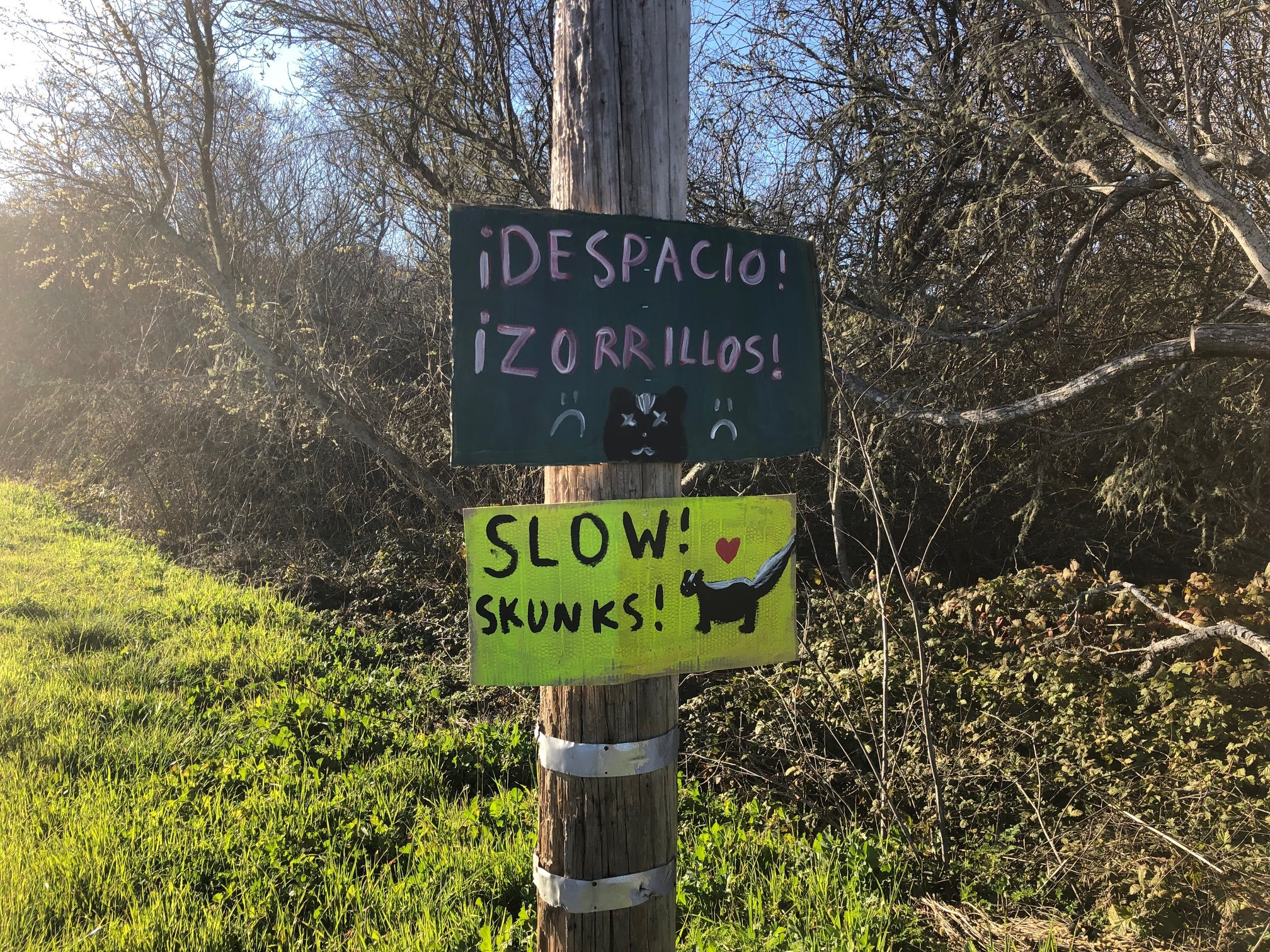 Tomorrow morning I will be chatting with Viola and Reese at 8 am, two young people who are taking matters into their own hands. You may have seen their homegrown skunk signs posted on the sides of our local roadways, reminding us to be mindful, and careful about skunks (and all wildlife and creatures). These names may ring a bell, and you may remember them when you get a compostable straw in your “to go” drink, since they hit the scene advocating for a ban on plastic straws in 2019. True to their word, they are not giving up on ecological issues! Hopefully there is no longer a surfeit of straws in the environment! 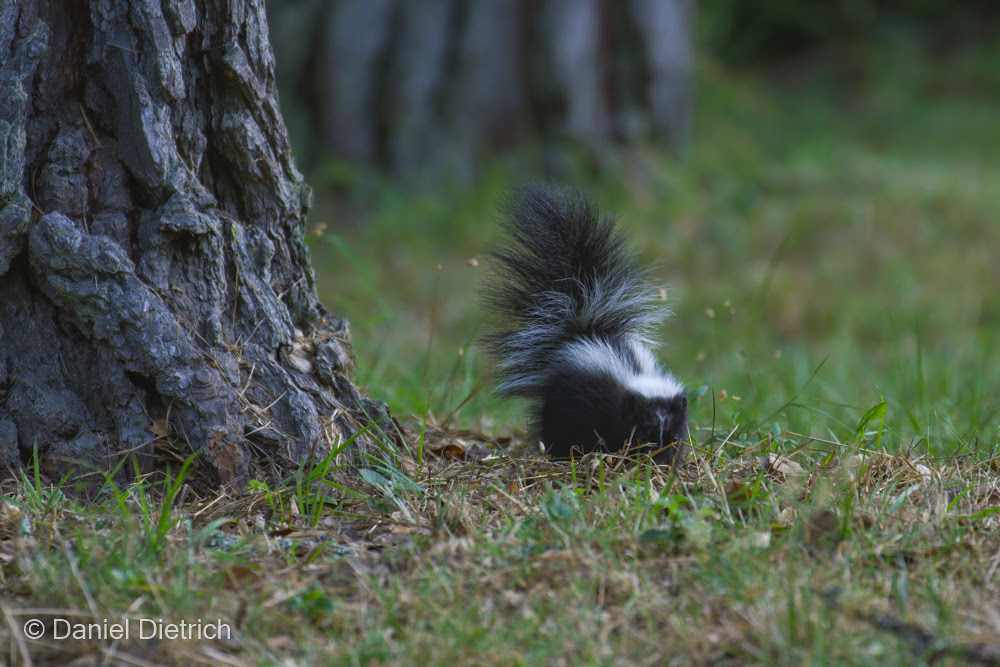 I put out a call yesterday to two of our local wildlife photographers, and both responded quickly. Photos for your baby skunk viewing enjoyment..

Speaking about natural things, KWMR has some great shows that touch on the natural environment with some regularity. I want to share these programs with you, knowing that the KWMR schedule can be somewhat perplexing, even to those of who work at KWMR, we are often asking ourselves, and each other, “whose week is it?”

While these programs tend to focus on the natural environment, there are other programs with interviews that involve these topics. Keep an eye on the highlights!

Needlepoint update: The stitchery has been returned and is blocked and looking straight and ready to become a pillow! It’s in Mara’s hands now. A big thank you to Steve Martinek for his inspiration to complete the project, and his support (and yours) for KWMR!