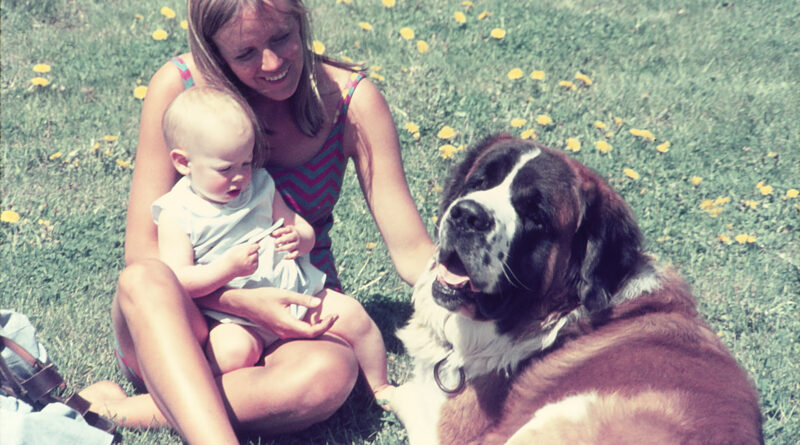 Tuesday Feb 1, 2022
From the messy desk of Amanda Eichstaedt…

First off, thanks to Lyons Filmer, Janet Robbins, and Raul Gallyot, for bringing to my attention three other past programmers who are no longer with us. Kathy Munger with her Turning Pages readings, Robin Leland, who sometimes went as Leland Robbins, brought us beloved classical programming, and Suzanne Hart, who programmed on KWMR prior to my engaging with the station.

The February KWMR Program Guide is up and will be in libraries soon.
……
Ok, I was at the Point Reyes Station Post Office recently picking up the radio station mail, and retrieving our Olema mail, that is currently redirected to that post office due to the recent flooding (again) of the Olema PO.

There was no line, and while I was mailing my package (my needlepoint, to be blocked, so Mara Nelson can create the pillow), I chatted with the uber-efficient Karen, and Jeff Deitchman, who had arrived after I got my mail from the station box. Jeff is a great guy, who has assisted with KWMR’s Youth DJ Project in the past. He is a retired teacher, and a prolific musician. He also seems to go to the Post Office quite often exactly when I do.

Karen asked me “Does this parcel contain anything fragile, liquid, perishable, or potentially hazardous, including lithium batteries and perfume?” I responded, “nope.” She then informed me of the amount of provided insurance that is included with my preferred mode of shipping. I said it was a priceless needlepoint, but that I would take my chances. She then asked what the needlepoint was, and I pulled out my phone to find a photo of said stitchery. (see this Round Up for more info…)

Then Jeff wanted to see it, too. We were still the only three in the post office, which in itself was kind of strange. There is usually a line.

Jeff then disclosed, as I was inserting my credit card, but ONLY after the little lights flashed, that he always has loved dogs, but never had one because he knew he didn’t have time for one. He disclosed that he spend too much time making music, and that he knew a dog would be looking at him wondering when they would be going for a walk, or outside for a game of fetch. 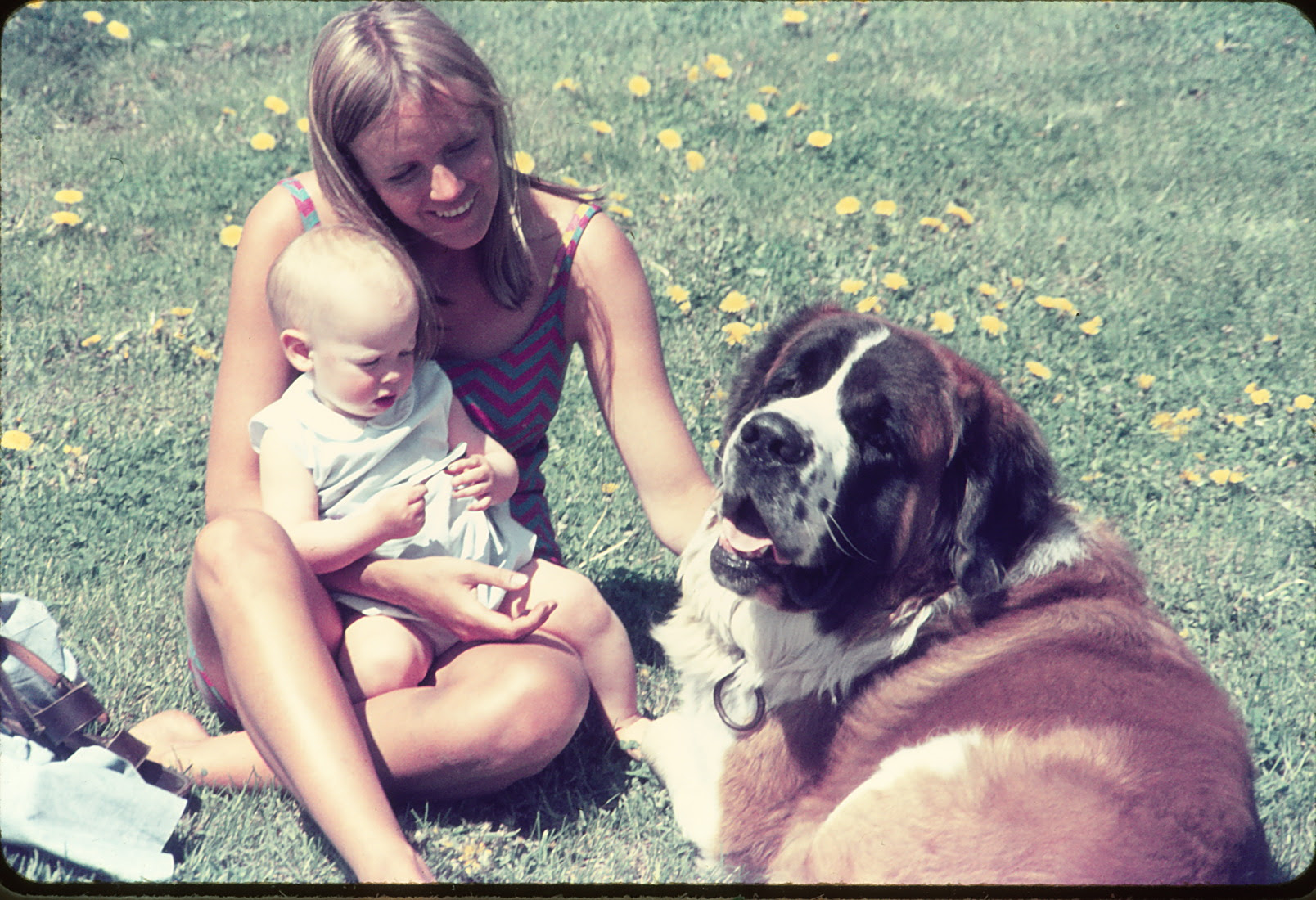 I grew up with dogs (they helped raise the three kids), and have had my own dog since I was 23 years old. I am now 55, and have spent pretty much my whole life cohabitating with dogs. It’s really no surprise that I would pick a dog for my needlepoint, and my second needlepoint as well. 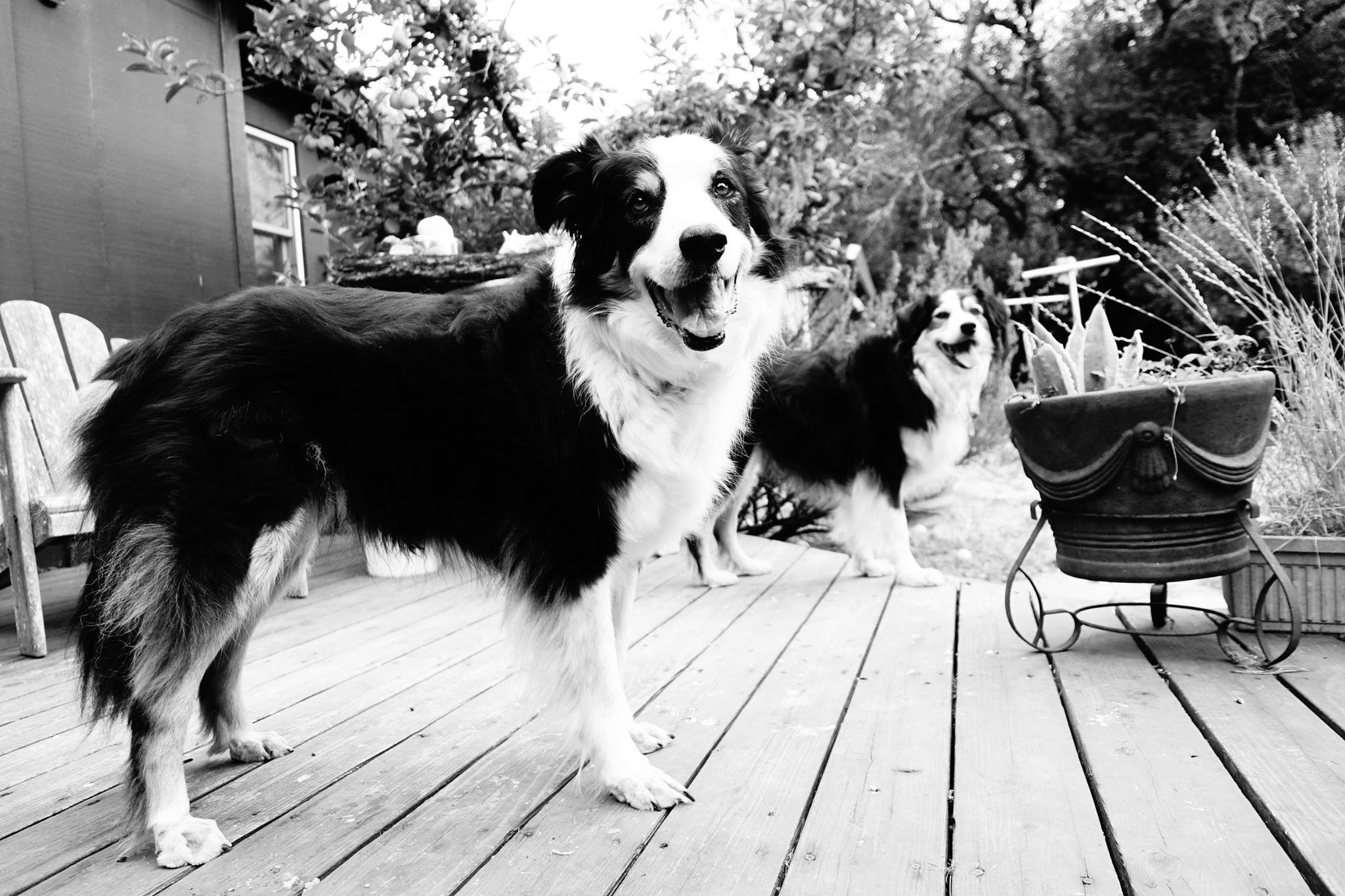 This all got me thinking about how we use our time. Would I rather be playing guitar, or creating content for KWMR, then walking Waylon? Waylon usually wins out, but I find time to do other things. Although, not so great on the guitar these days.

Then it was announced via social media that Waylon’s English Shepherd parents in Hollister had produced a recent litter of five puppies. Wow, a sibling for Waymaster? After some discussion, Ken and I determined that Waylon was an awesome solo dog, and going through puppyhood with a dog right now might break me. 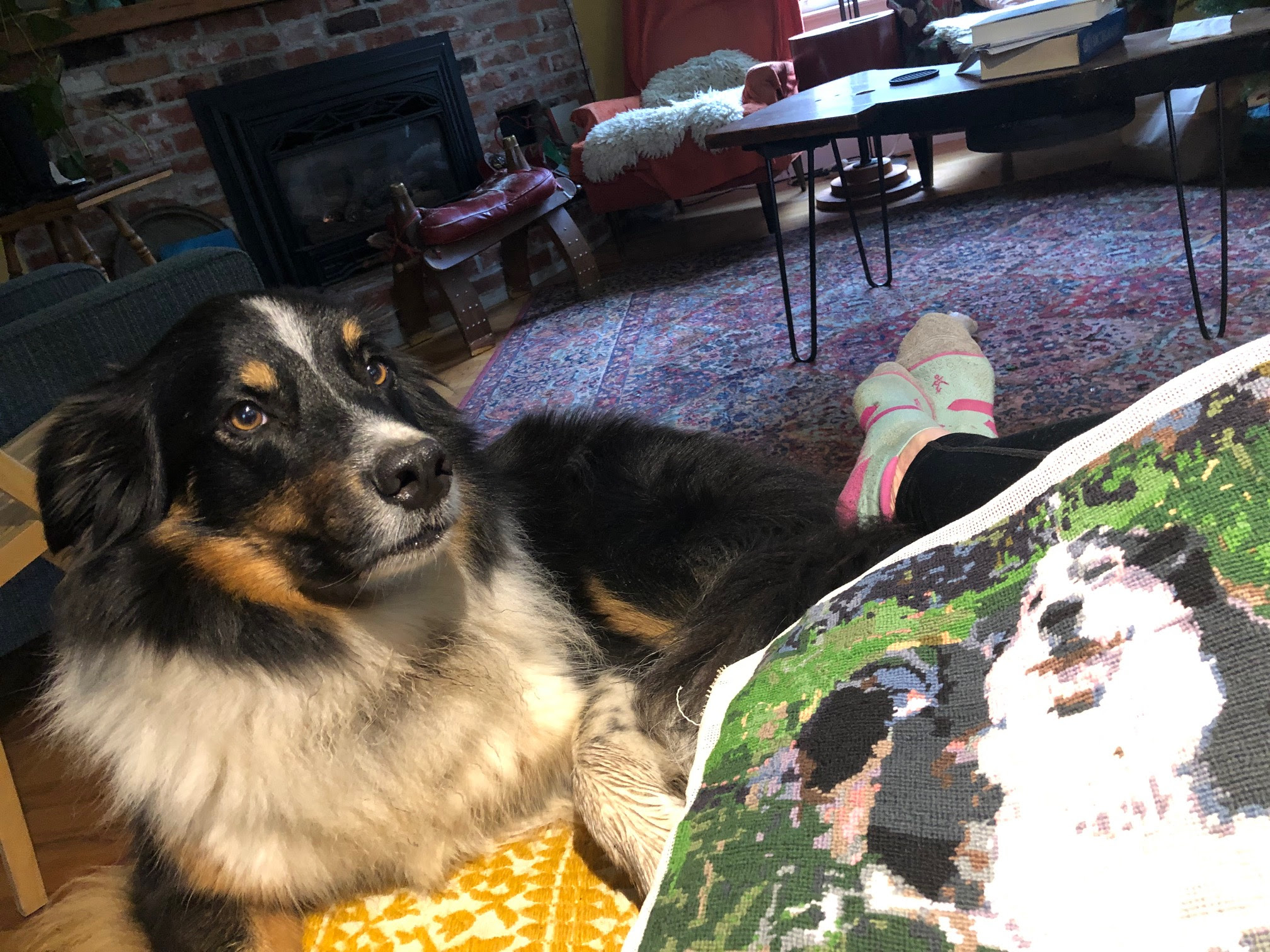 Waylon looks on as I work on the needlepoint.  photo: AE

It got me thinking about how we spend our time, and how we choose what to do with our time. There are so many things pulling at us. Content out the wazoo, on demand, podcasts, streaming video, actual paper books, your children, parents, loved ones, nature, staring into space, sleeping….even KWMR. Thank you for listening to your local radio station.

I’m ok with how I spend my time for the most part. I seem to get what I need to get done. Heck, here I am on Wednesday 1/26 working on the Round Up for 2/1, while previewing Theresa Harlan’s podcast “Coming Home to the Cove,” in preparation for Wednesday’s show at 9 am on the topic.

Time is a finite resource, but our imagination is infinite, and we can use our imagination, along with our obligations, and our desires, to define how we spend our time. A good thing to ponder. Life is short, especially for dogs.

p.s. Renewals went out! We hope you stick with us, or join us! Supporting KWMR is just a good thing to do and might make you feel awesome!