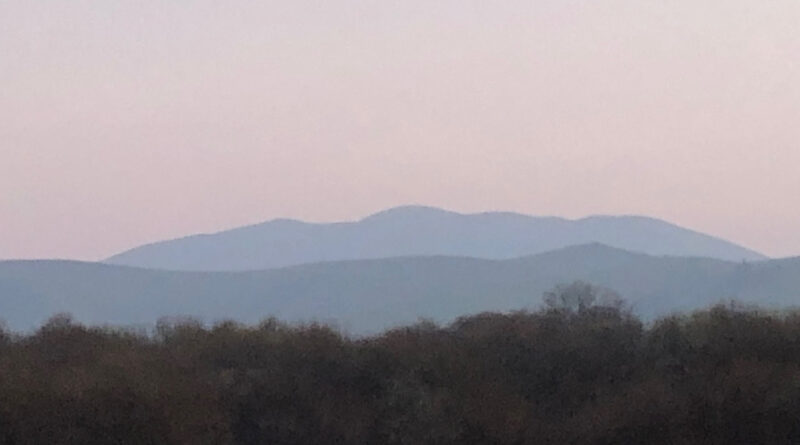 Tuesday January 25, 2022
From the messy desk of Amanda Eichstaedt… 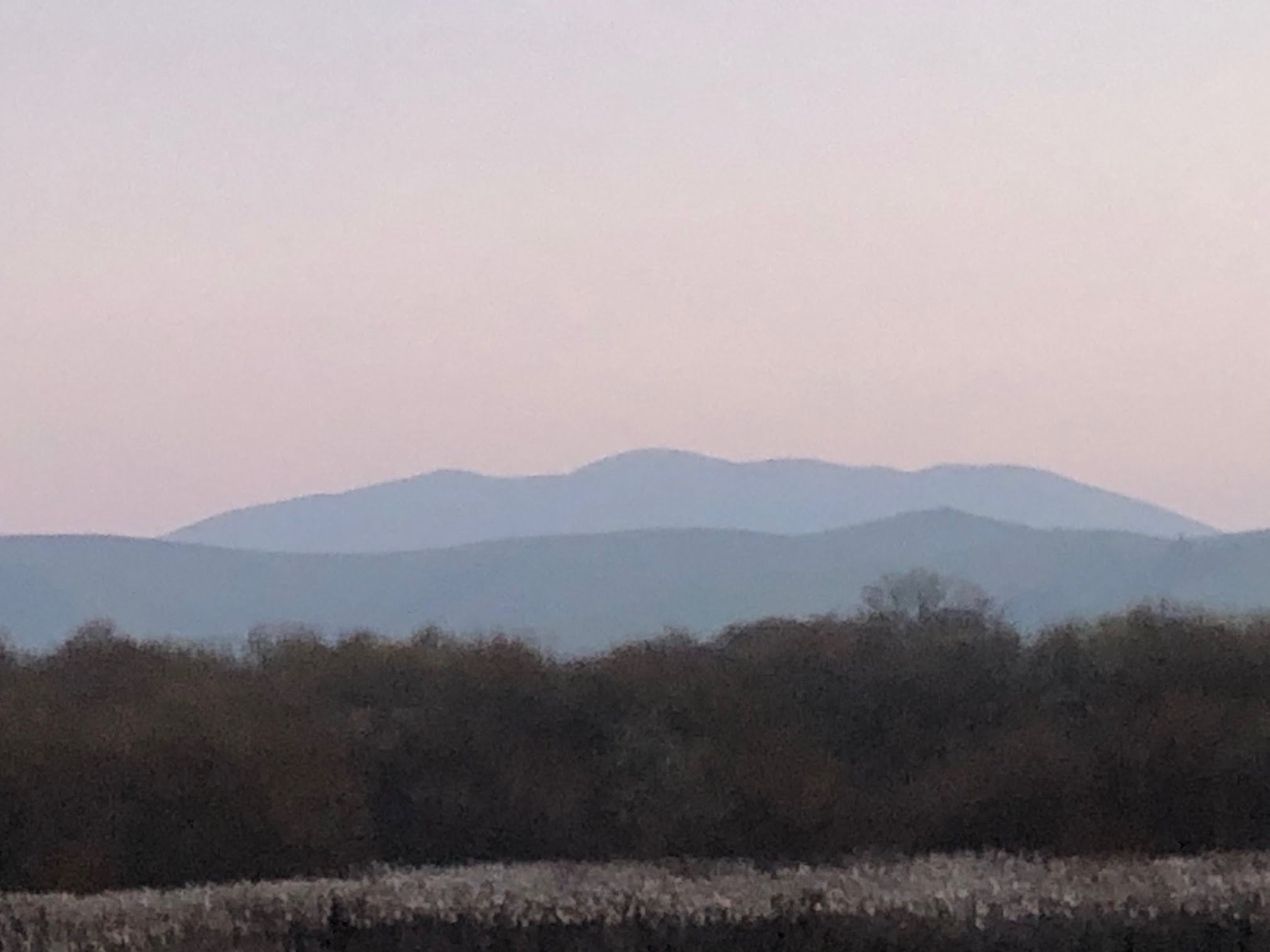 We learned that just over a week ago Creta Pullen passed away. Creta got involved with KWMR early in the spring of 2016.  Creta served on the KWMR Board of Directors, the Programming Committee, and became a programmer herself, hosting “The Farmer’s Overalls,” and “Art Behind the Scenes,” working with the Youth DJ Project, and  and co-hosting “Off Leash” on “Swimming Upstream.” She was passionate about agriculture and animals. She loved her dogs, and trained them on agility and other dog sports. Creta was also masterful at sewing, was highly creative, and helped fabricate costumes and props for some of the theatre productions produced by fellow KWMR board member Sharron Drake. Bringing this skill to KWMR from her previous career creating costumes for different prestigious arts groups. 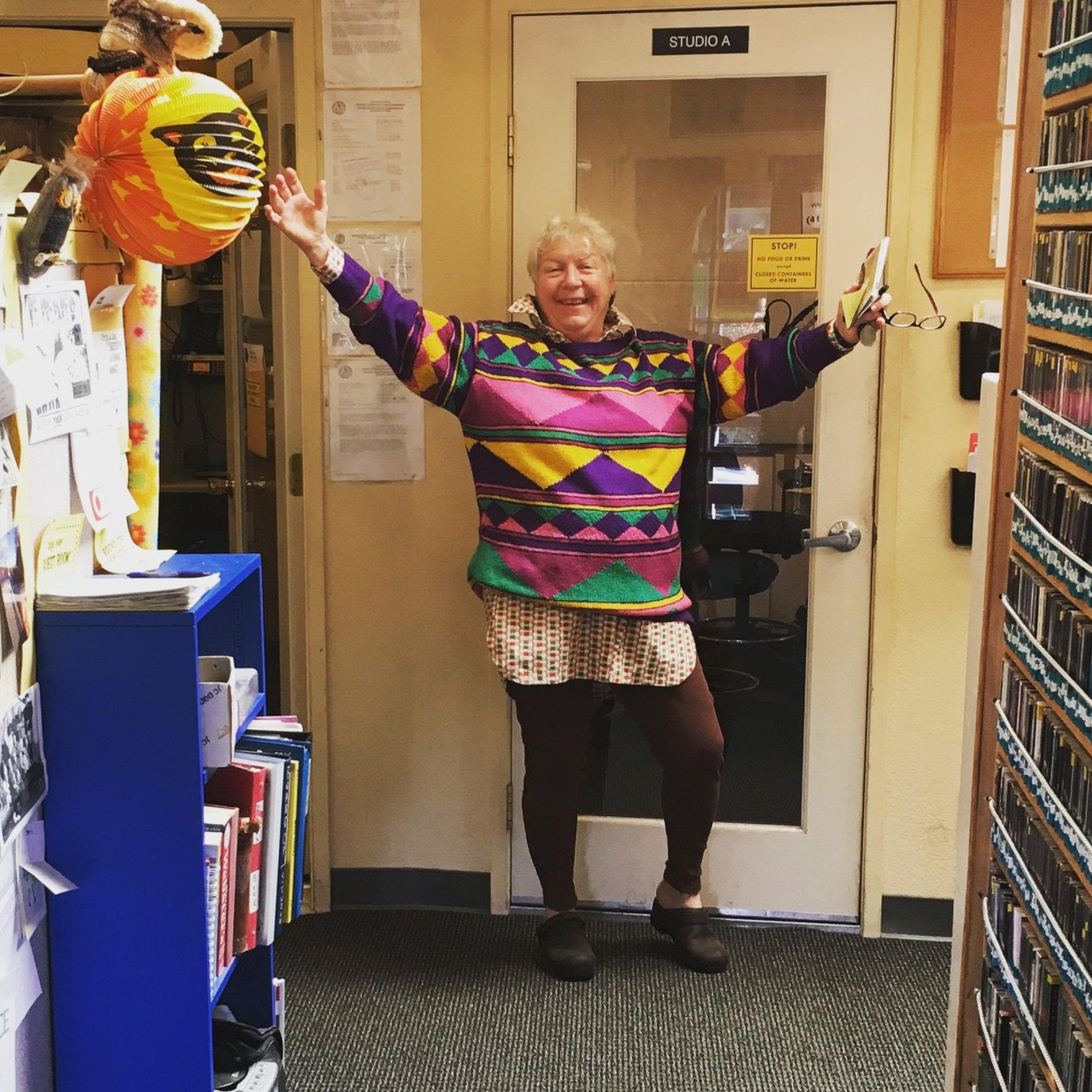 Creta at KWMR ready to go on the air.   photo: Mia Johnson

Creta lived at Duxberry Farm in Bolinas with her partner, and her beloved dogs, where she cultivated a robust garden and created masterful meals from what she grew. She also did a lot of canning and would shower her friends with expertly made goods. Creta originally hailed from the midwest, but lived in the SF Bay Area for many years. This is really what I know about Creta, but I know that she had a full life and sought adventure. She was a force. We will miss her “Farmer’s Overalls” programs that she was able to learn how to produce from home during the pandemic.

Since I have been at KWMR, we have lost many wonderful programmers and volunteers. Gary Hunter, Jonathan Rowe, Victor Honig, Chris Breyer, John Lerch, David Bunnett, Kendrick Rand, Donna Sheehan, Russ Faure-Brac, Norman Masonson, Jerry Lunsford, Paul Reffell, Ladd Bauer, Charlie Morgan, and now Creta. We are eternally grateful that they took the time to share their insights, creativity, and their personalities with the radio station and the listeners. (If I have omitted anyone, please let me know.)

KWMR marches onward. The station is very happy to announce that the youth from “The Lounge” at the Tomales Bay Youth Center will be returning to the airwaves this week. Kimmie Nicole who hosts “Song and Storytime” will be taking a a sabbatical. Some programmers are still sitting it out due to concerns about COVID. We continue to monitor the situation at KWMR and are working with programmers on a case by case basis.

p.s. Sally Kane at NFCB has alerted stations to a disturbing attack on a community station in Ghana called Radio Aba. This attack left a staff member injured in hospital and the radio station’s on-air equipment destroyed. Without financial aid, they will be unable to continue the important role they play in their community to the Ada people in their local language, broadcasting information, news and the concerns of communities, particularly regarding the developments in the Songor Salt Lagoon. Link to GoFundMe.