Tuesday January 11, 2022
From the messy desk of Amanda Eichstaedt…

nu·ance
/ˈn(y)o͞oˌäns/
Learn to pronounce
noun
a subtle difference in or shade of meaning, expression, or sound.
“the nuances of facial expression and body language”

We all have those friends that have a “look.” Seemingly effortless style, perfectly accessorized, and they seem to never deviate from this chic way of being. That is not me. If I were a bird, I would be a California Towhee, yep, middle sized brown bird. I rarely vary from the uniform of shirt, pants, shoes.

Everyone does have their own style, even if it embodies the lack thereof.

If you have ever tuned into “West County Prowl,” you can almost tell immediately that you are listening to Jeff Manson’s show, not because he is not as rocking as his Wednesday counterpart Mike Varley, who hosts “Running With Scissors,” but because it just sounds like Jeff’s show.

It’s a flavor, a vibe, somewhat folky, somewhat country, old and new, friends and legendary influences, all blended together like a proprietary spice mix. Jeff Manson is the “king of nuance,” he uses the word often, and it is just part of his DNA. It’s how he rolls. As many of you know, Jeff is the Program Director here at KMWR.

Jeff started his job after Lyons Filmer retired at the end of 2019. We got him all trained up, and then a month later told him to go home due to COVID, and that we would figure it out. Well, we have figured it out, and I am grateful for the skills, knowledge, willingness to learn, and flexibility, along with his care of keeping everyone healthy. Jeff was the perfect person at exactly the right time for the job. Two years into his position, he is doing great! 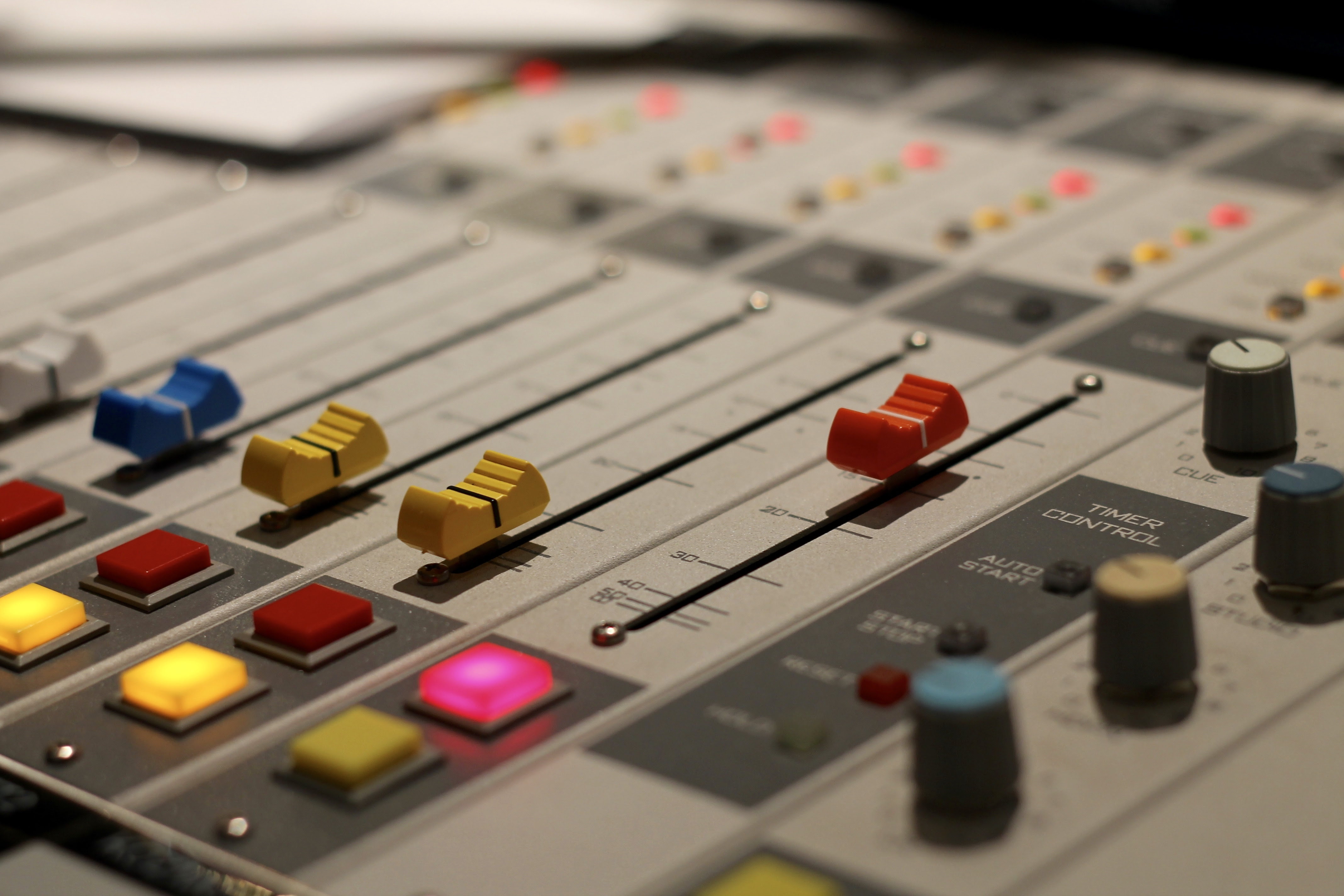 Kozmo fader up. Don’t be surprised if you hear automation while Omicron is raging. Folks may be sitting out for health reasons. photo: Alyssa Tanner

We have a stellar team here at KWMR. Mia Johnson has worked at KWMR for ten years now, and has transitioned to her new role as Digital Communication Director. She oversees all of KWMR’s social media posts, our Epicenter Newsletter that goes out on Friday, and our internal communication newsletter to our KWMR Programmers. You may have seen KWMR’s advertisement in the Marin IJ, yep, that was Mia, too.

Alyssa Tanner is now the Development Director, she oversees all things revenue. You may hear from her if you are an Underwriter, or in the Calendar Club. She and I work closely together to be sure that KWMR stays healthy in the finance department, so we can continue to provide you with the services that you rely on.

Richard Dillman and Ian McMurray are the kings of transmission (of the KWMR signal, don’t get me wrong!). Ian is our Information Technology guru, and we have relied on him even more than usual this past two years due to more at home production by our volunteer programmers. Richard’s wheelhouse includes our physical transmitting infrastructure (i.e. stuff up on hills, in equipment racks, and on roofs), and he and Ian overlap more and more as digital technology become relied on by listeners.

As Station Manager/Executive Director of KWMR, I am fortunate to work with these fine people. My job varies depending on the day, and one of my favorite things is writing this column in the Round Up Newsletter. Over 1200 people generally open this newsletter weekly, and we appreciate you staying up to date on what is happening at KWMR.

How about a photo that includes Waylon! 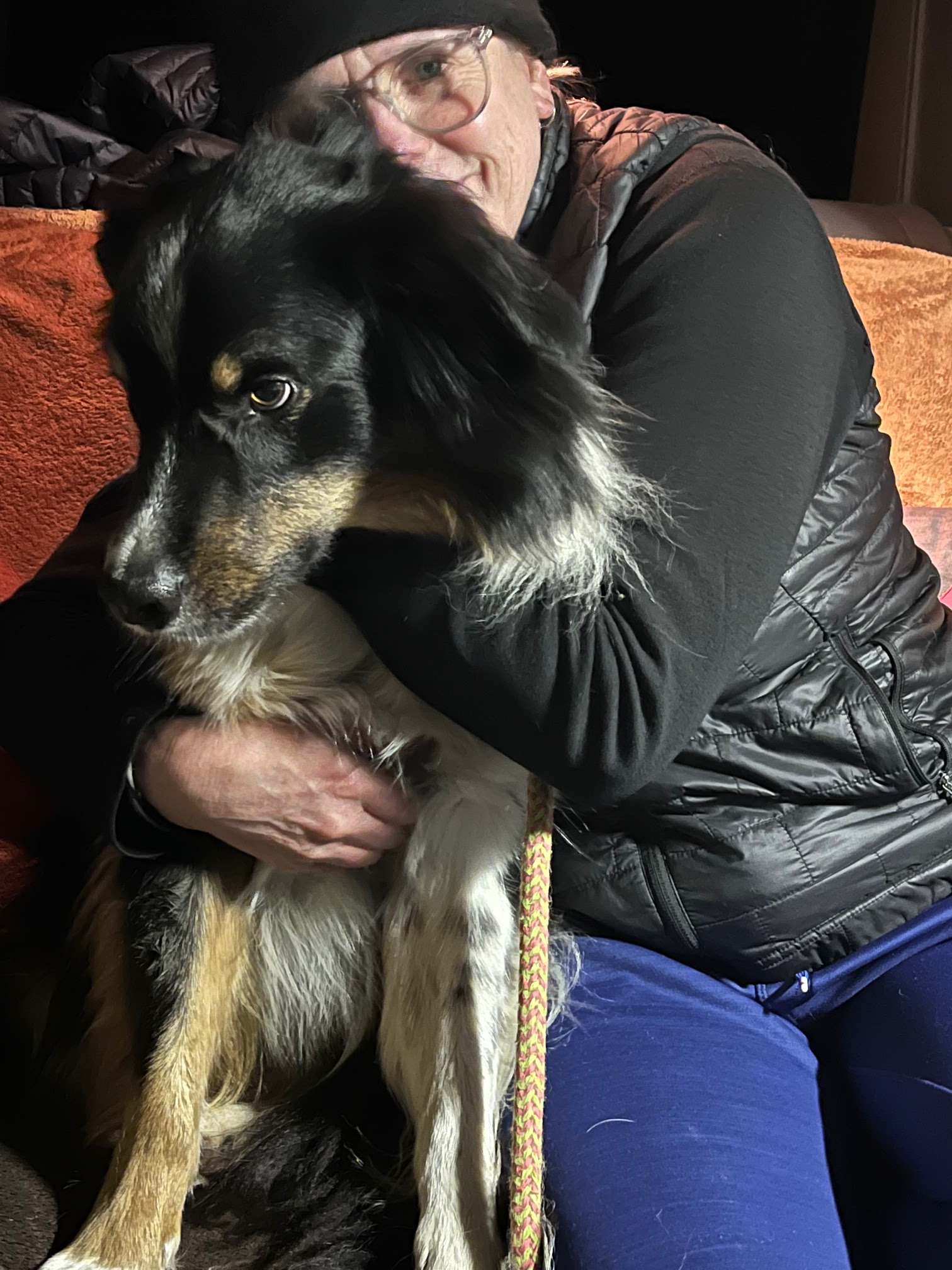 Nothing like hugging on a dog in these uncertain times.  photo: Ken Eichstaedt