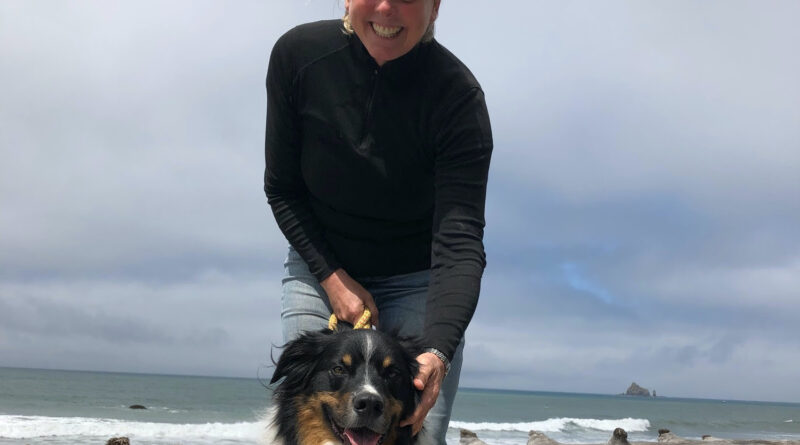 Tuesday August 17, 2021
From the messy desk of Amanda Eichstaedt…

Howdy folks. It’s been a while since I weighed in so here goes…

This is one of my favorite seasons of the year. Mostly because the whole world turns into a buffet! Plums, pears, apples, and berries are everywhere and I like to take a break from nibbling on grass to nosh out on all these fruits. I have to say that I have really cut back on the digging for now. This is because the ground is rock hard and it’s a little hard on my paws. Not that I’m a wimp, I’m just a really practical dog. Hint to Amanda – stock up on those poop bags!

I have not been at the station much lately since Ken works at home, so I chill out with him. I listen to KWMR all the time. What a great station! All the interesting talk shows, and then the music, I really dig the tunes, and sometimes Amanda and I get to dancing around in the living room.

Amanda and Ken were really sad about Charlie Morgan. I only met him a few times and he was always super nice to me. Be sure if you have any good memories about Chazmo to let Amanda and Jeff know. You can either record your message on your phone and send in a voice memo, you can leave a message at 415-663-8068, Ext 105, or you can email Amanda your message to be read. Amanda and Jeff say they are getting some great material. Thank you all. (see, I do pay attention, even if I don’t always come when I’m called.)

What I have learned this summer is that I do not like to swim, and I don’t want my people swimming on my watch. I mean, what the heck is that about? Going out into water where you can’t touch the bottom is completely insane! 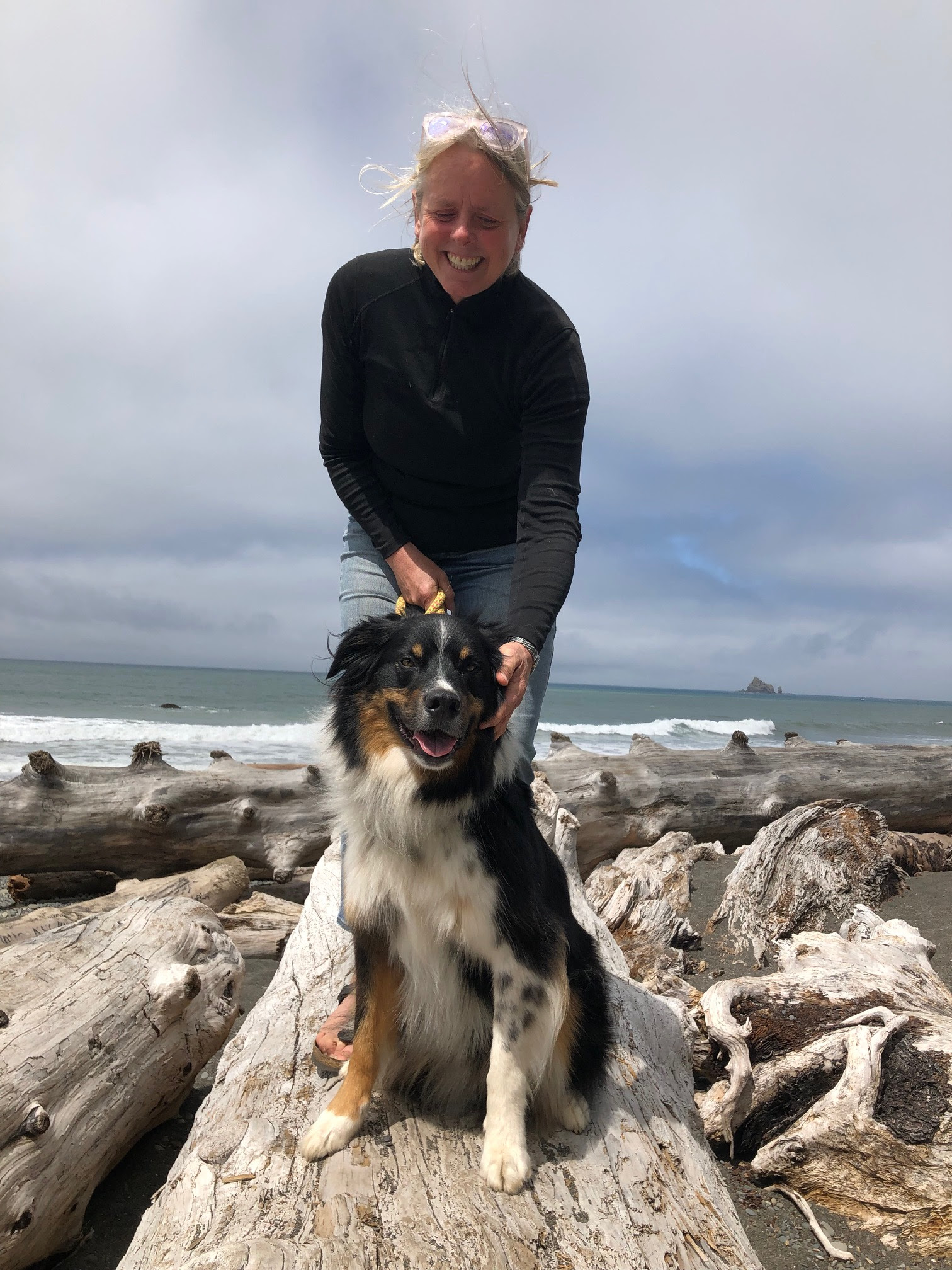 Waylon with Amanda at a beach in Washington State.   photo: Ken Eichstaedt

We took a trip this summer and I still am not super fond of the van, and at one point Amanda and Ken drove the van onto a boat. I mean, these folks are out of their minds! But we made it back safe and sound. Phew.

A big fan of “Shorty’s Bunkhouse” named Dave Montgomery who lives in Capitola has added a new sticker option (limited supply) – so cool that even “The Wrangler” Richard Dillman has put on his rig. If you want one, let them know! 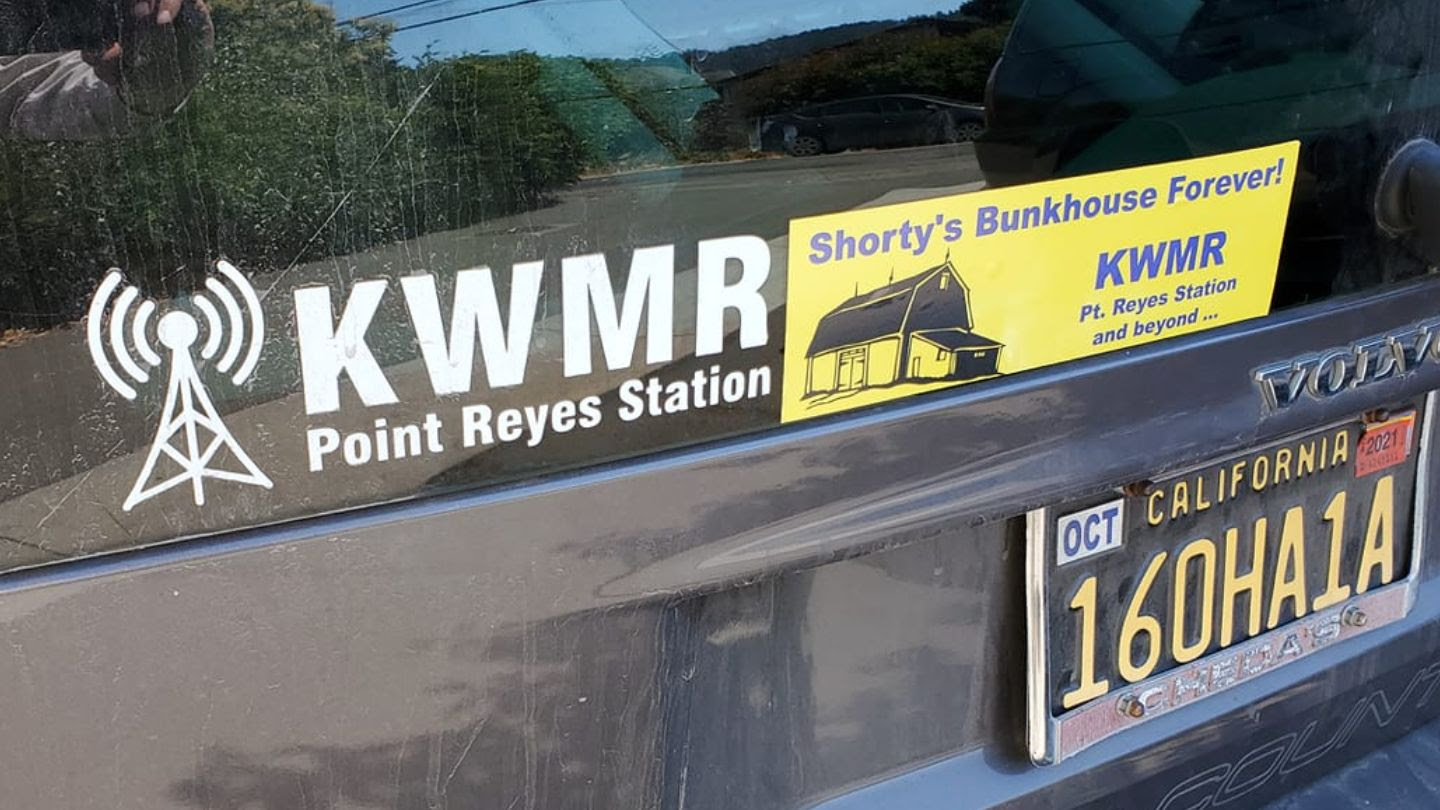 Also, Amanda and the KWMR crew want you to know that you should keep an eye on the KWMR Merch Store. Because there is some WAY cool new stuff, including hats, masks, baby onesies, and a “Bring It On Home” t-shirt. Still no dog stuff though. Grrr

Move over old dog, cuz a new dog’s moving in….