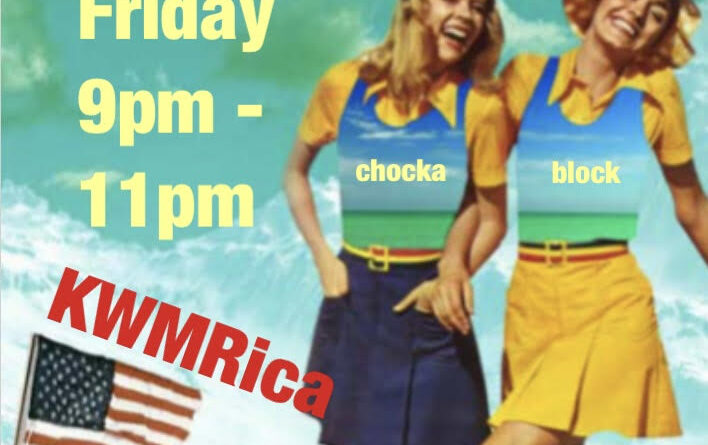 Coming up on KWMR this week…

THU  | August 19
8 AM “Top of the Morning” Hosted by Howard Dillon.
9 AM “Curio Cabinet” Little bit of this, some of that. Hosted by Jeff Manson.
10 AM “Turning Pages for Children of All Ages” Kerry Livingston reading.
11:30 AM “Trailer Talk” Hosted and produced by Sabrina Artell.
12 PM “Enthusiasms” Morris Pearl and Erica Payne of Patriotic Millionaires will discuss the new book, Tax the Rich!
1 PM “The Pulse” Host Maiken Scott leads this one-hour, weekly tour of the people and places at the heart of health and science.
2 PM “Classical Thursday” Hosted by Nancy Vayhinger.
4 PM “Coastal Airwaves” Vickisa hosts Camellia Schinner from Rancho Compassion, along with a cameo appearance by Maria Muldaur.
5 PM “Epicenter” Local Public affairs and information.
6:30 PM “Bakersfield and Beyond” Tunes from the source, plus extras.
8:30 PM “Highway of Heartaches” Smelley Kelley and Owen Bly with the country music you crave.
10 PM “Stuck in the Psychedelic Era”  With the Hermit”