The Boss(es) of Me

You might think I’m “large and in charge,” and you would be partially right. Overseeing my work is a group of people that I hold in high esteem, the KWMR Board of Directors.

The KWMR board is a dynamic group, and it has been since I was hired in 2010. This is the current board. I can say with confidence that we have fun at our meetings, and we get work done. I would like to introduce you all to this fine group of folks. The descriptions below are all written by me. 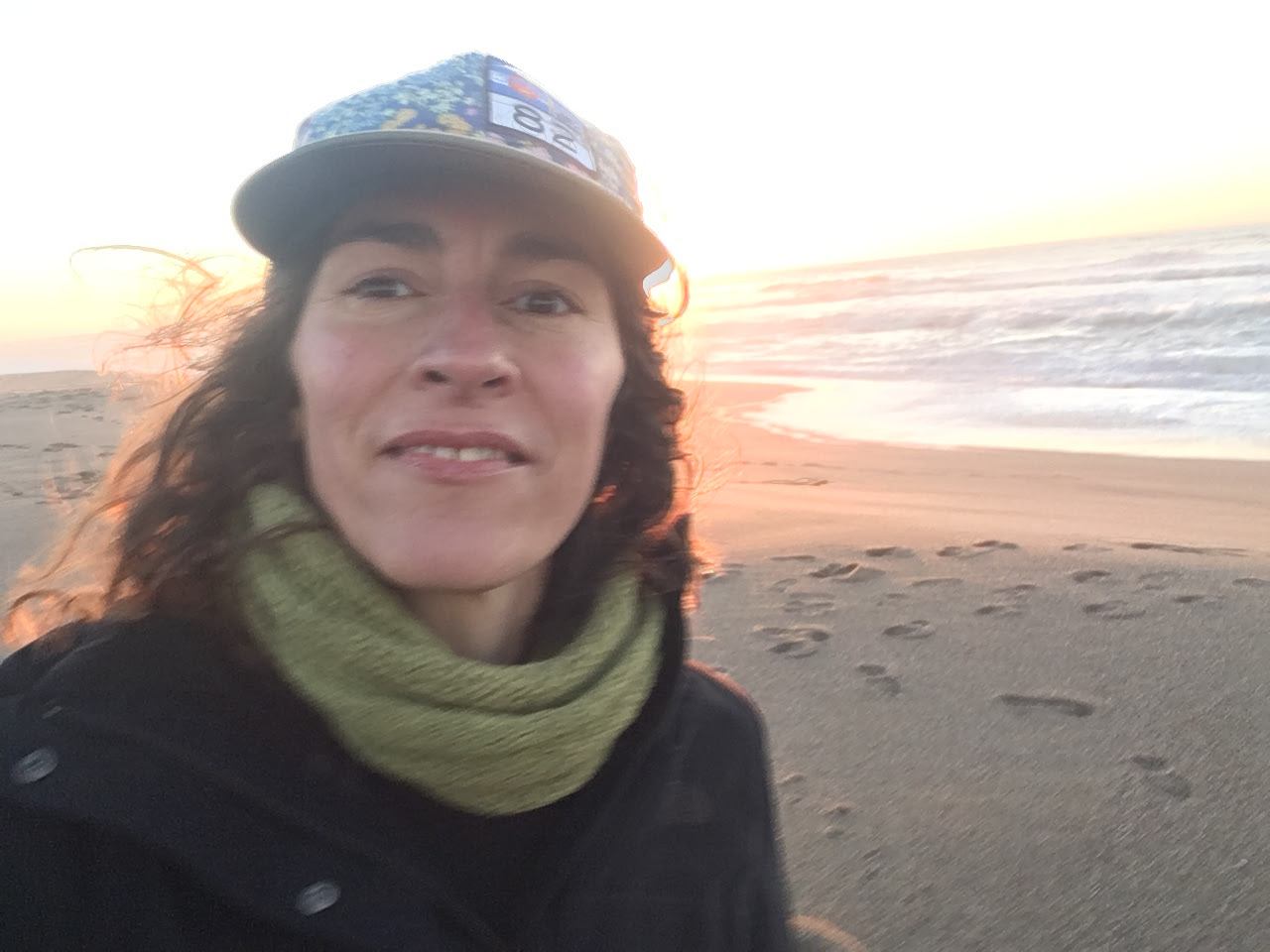 Kristen McDonald is our Board President. She leads with a gentle hand, and is inclusive and collaborative in her style. Kristen speaks Chinese, and has worked with Pacific Environment for many years. Kristen is fun to work with, has a great sense of humor, and keeps things moving forward. 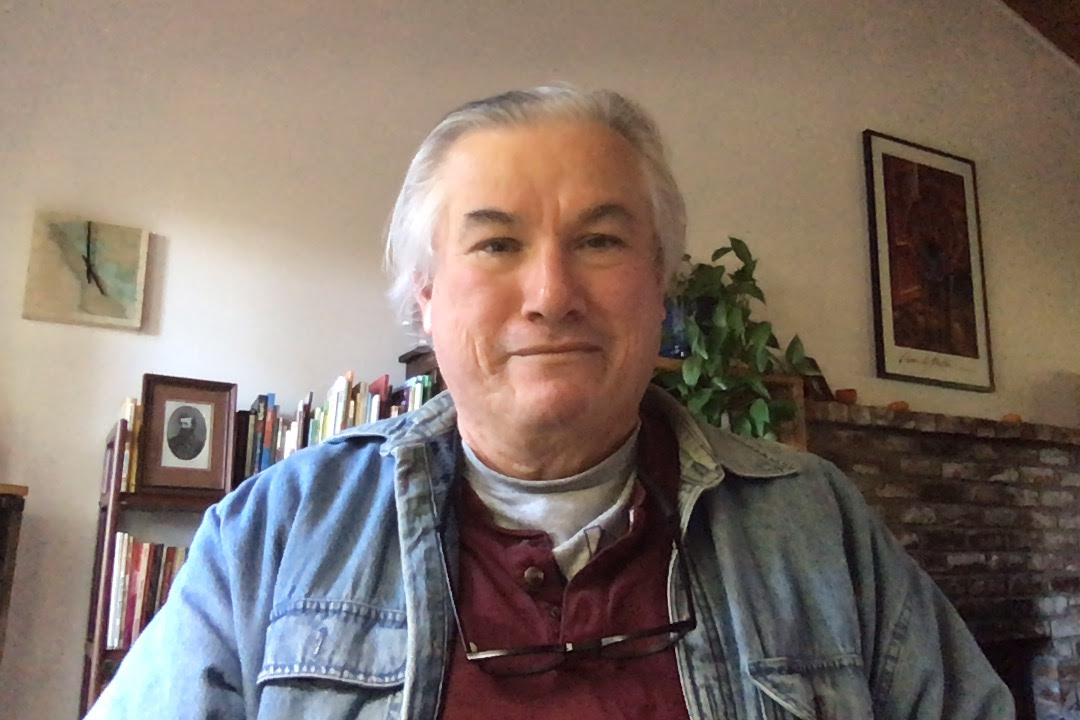 Gus Conde is no stranger to KWMR. He and his entire family (Loretta Farley and Nachi Conde-Farley) have hosted programs on KWMR since the very beginning. Gus worked for the National Park Service and after he retired from being a ranger, he took on the career of teaching first grade at a bilingual school. Gus speaks Spanish and serves as the Vice President of the KWMR Board. 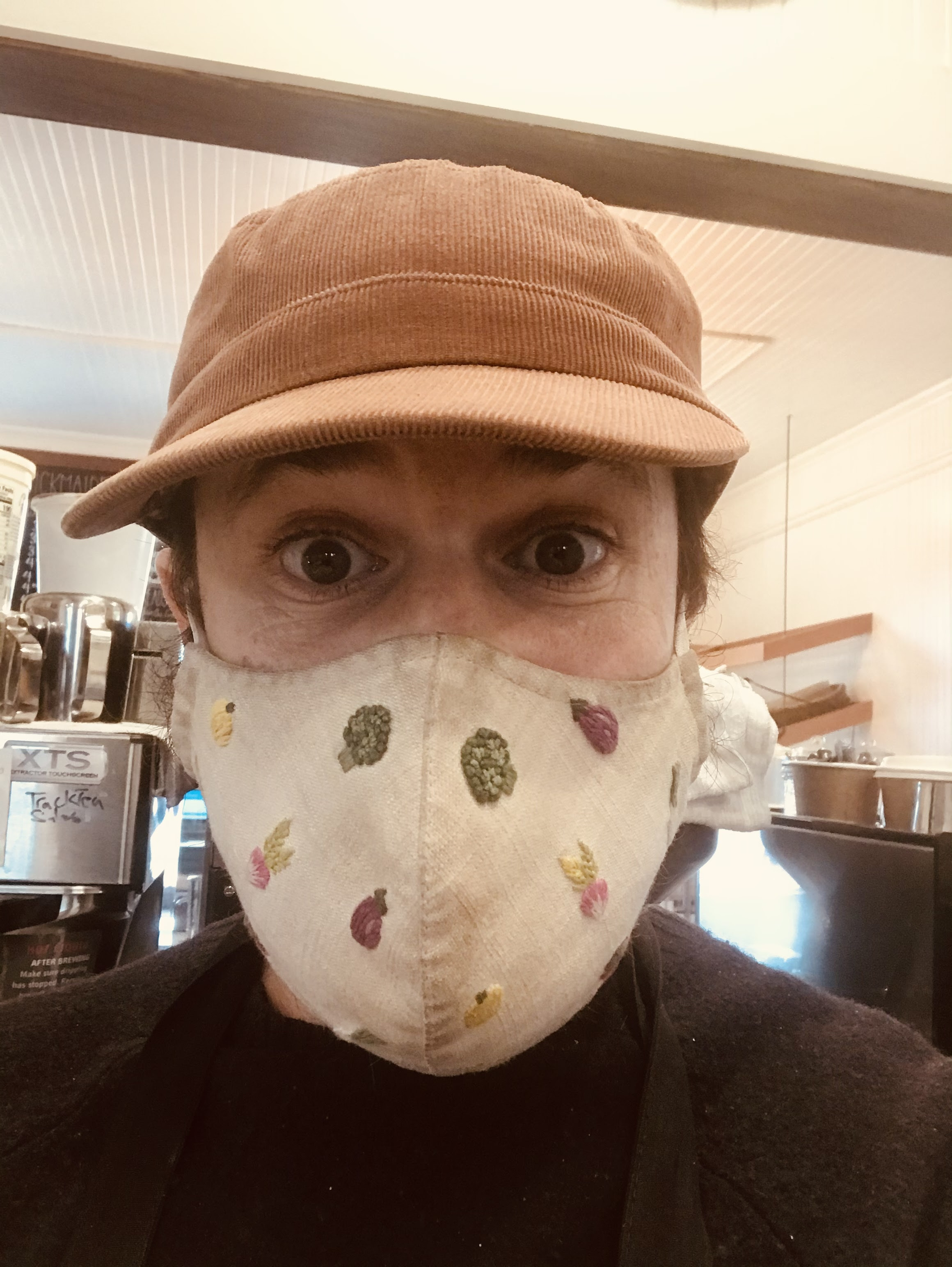 Miguel Kuntz serves as the Treasurer for the KWMR Board. Miguel is a jack of all trades, and jumped in to his role with grace and humor. He writes financial memos that make the KWMR auditor downright giddy. 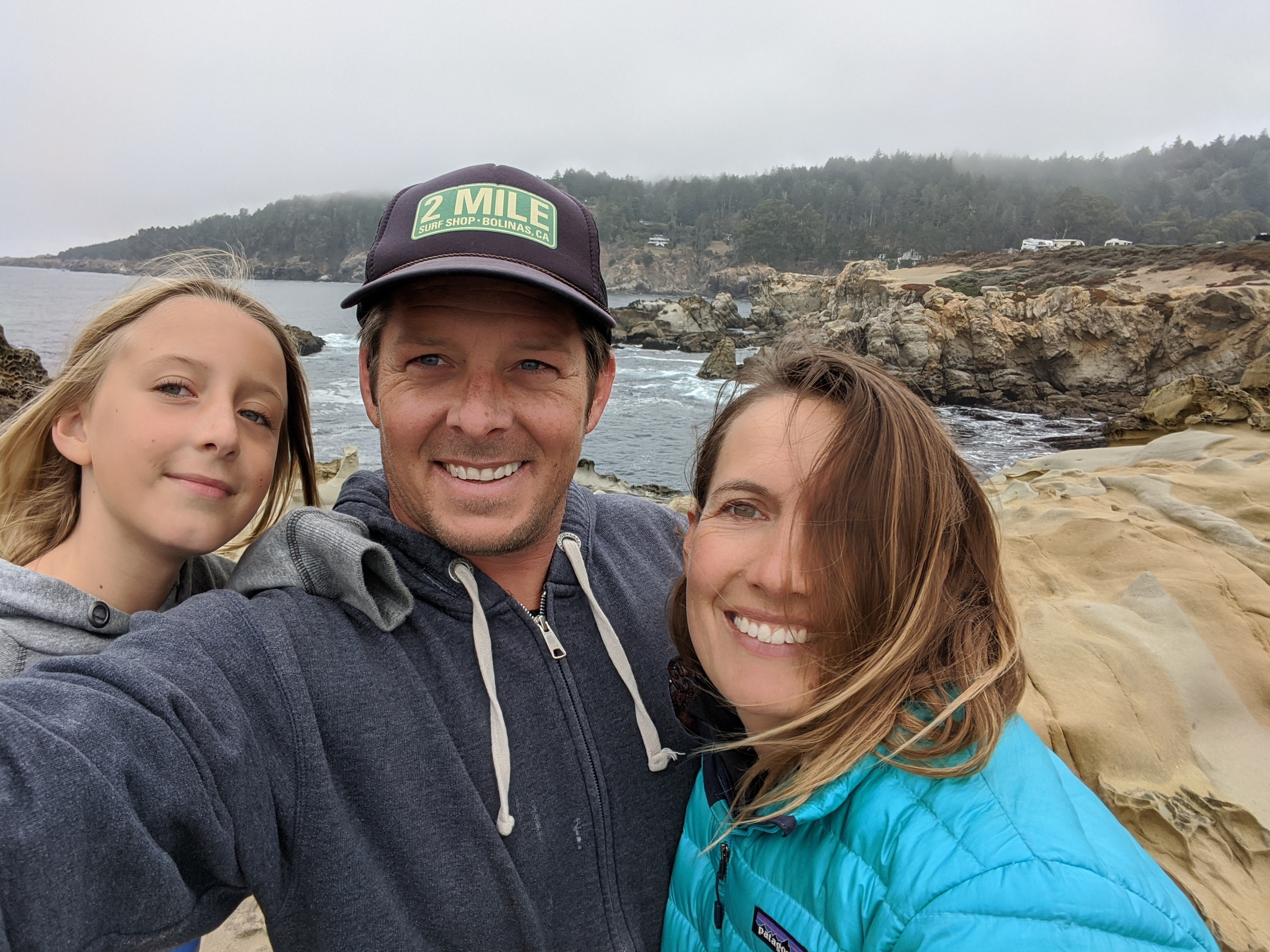 Aaron Ely, seen here with is daughter Ocean and wife Hannah is the Secretary of the KWMR Board. He is an avid fisherman, surfer, and local business owner. Aaron keeps us on track, and injects wit and sarcasm at just the right times during our meetings. Aaron is a fluent Spanish speaker. 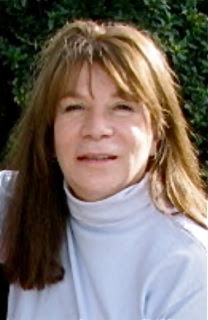 Lynn Axelrod Mitchell coordinates the activities of the Point Reyes Disaster Council. Her work with the community around disasters meshes well with KWMR’s mission of providing critical information during emergencies. 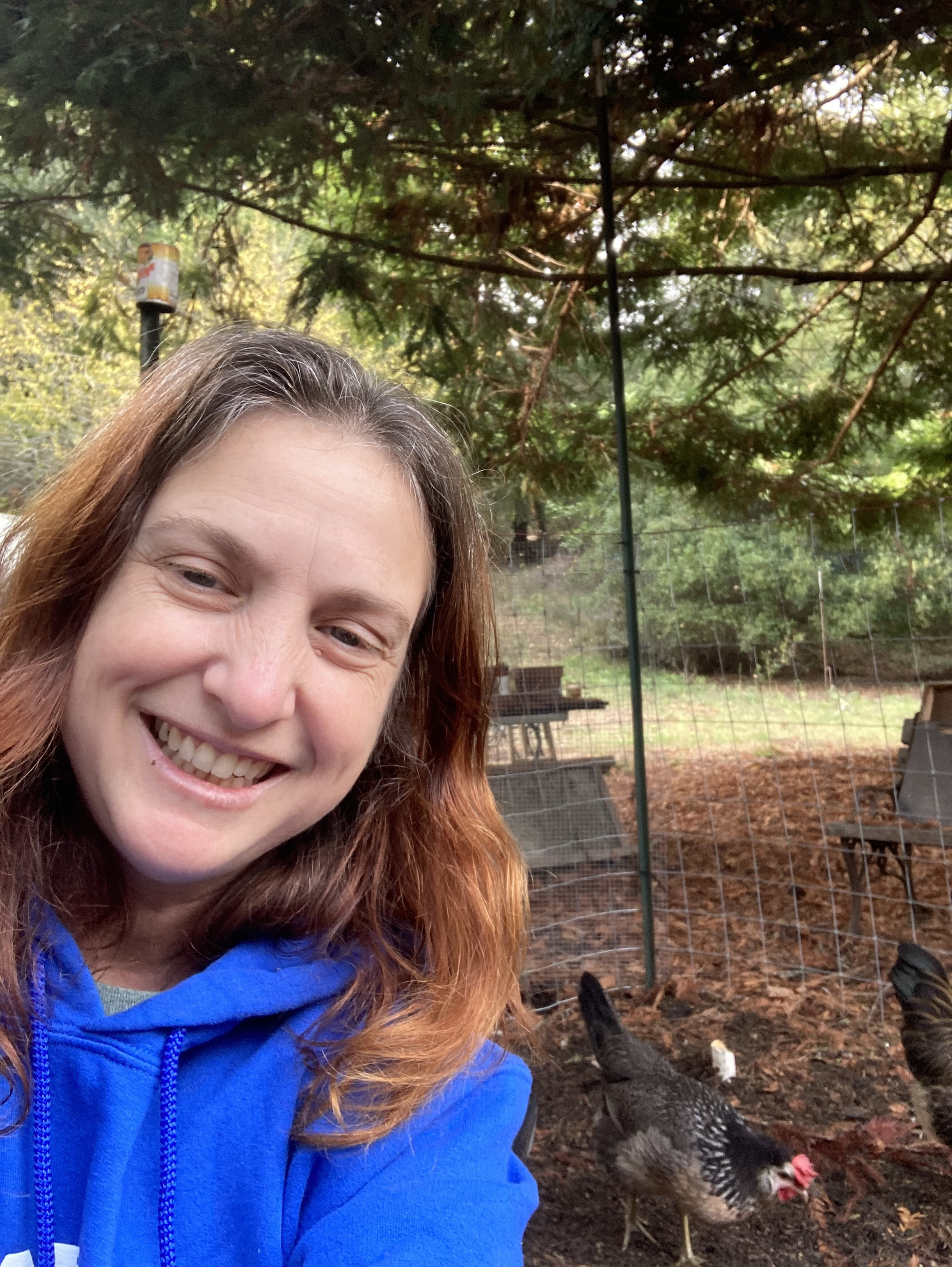 Sharron Drake brings her expertise in producing theatre (Inverness Shakespeare, KWMR Holiday Play) to the board. Sharron’s creative energy and can-do attitude adds a lot to the work of the board. Sharron lives in Inverness Park with her husband and son. 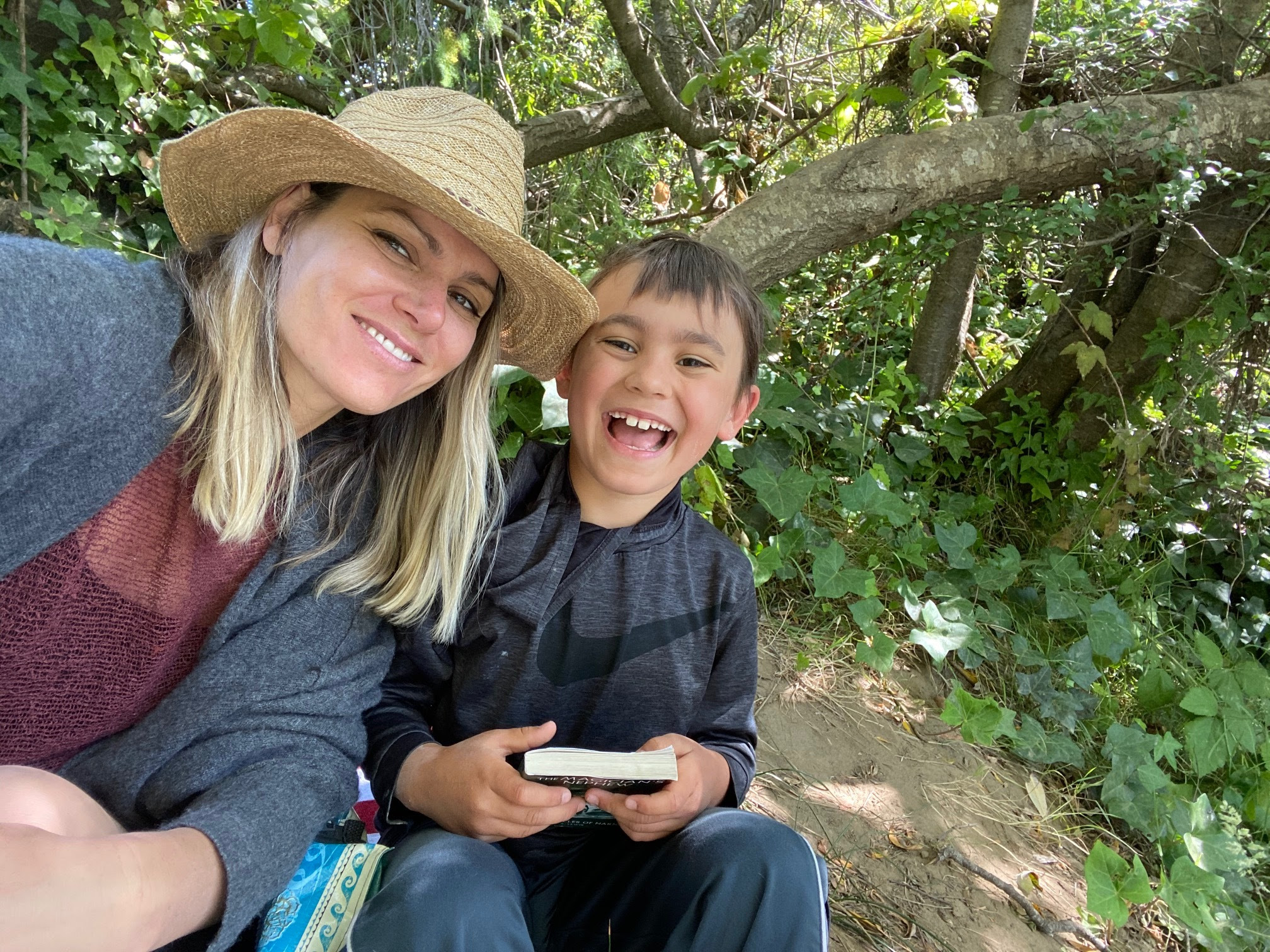 Allison Faust leads the Valley Voicestra choir during non-pandemic times, and is the co-founder of the Sausalito Film Festival. She has recently added Homeschool Teacher to her resume. Allison is apt to take on projects and work with other board members to get things done. 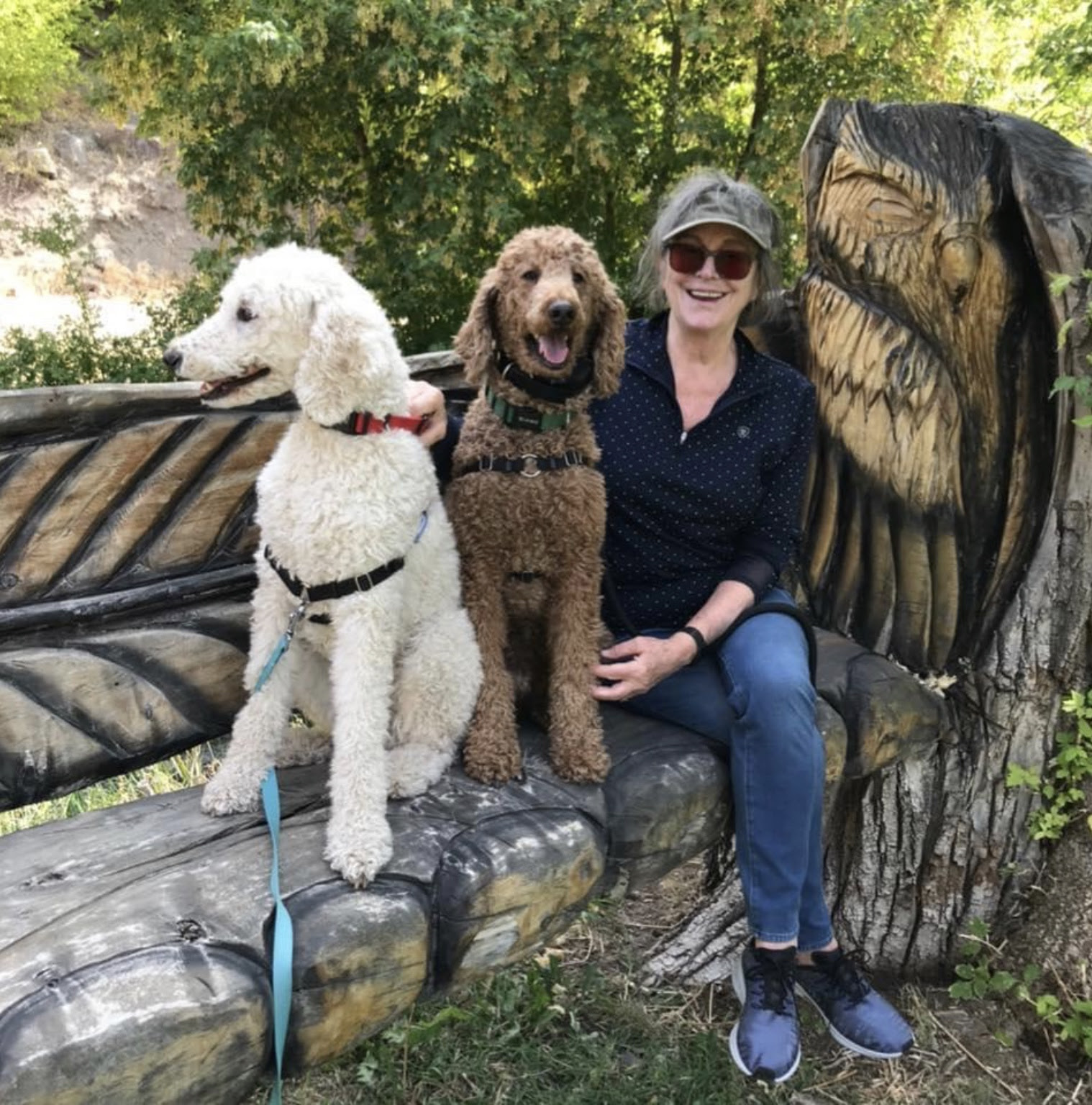 Ginny Felch recently returned to the KWMR Board after a few years absence. She lives in Stinson Beach with her husband Will and their lovely dogs. Ginny is a photographer and social media maven. She helped KWMR kick off our social media plan many years ago. Welcome back! 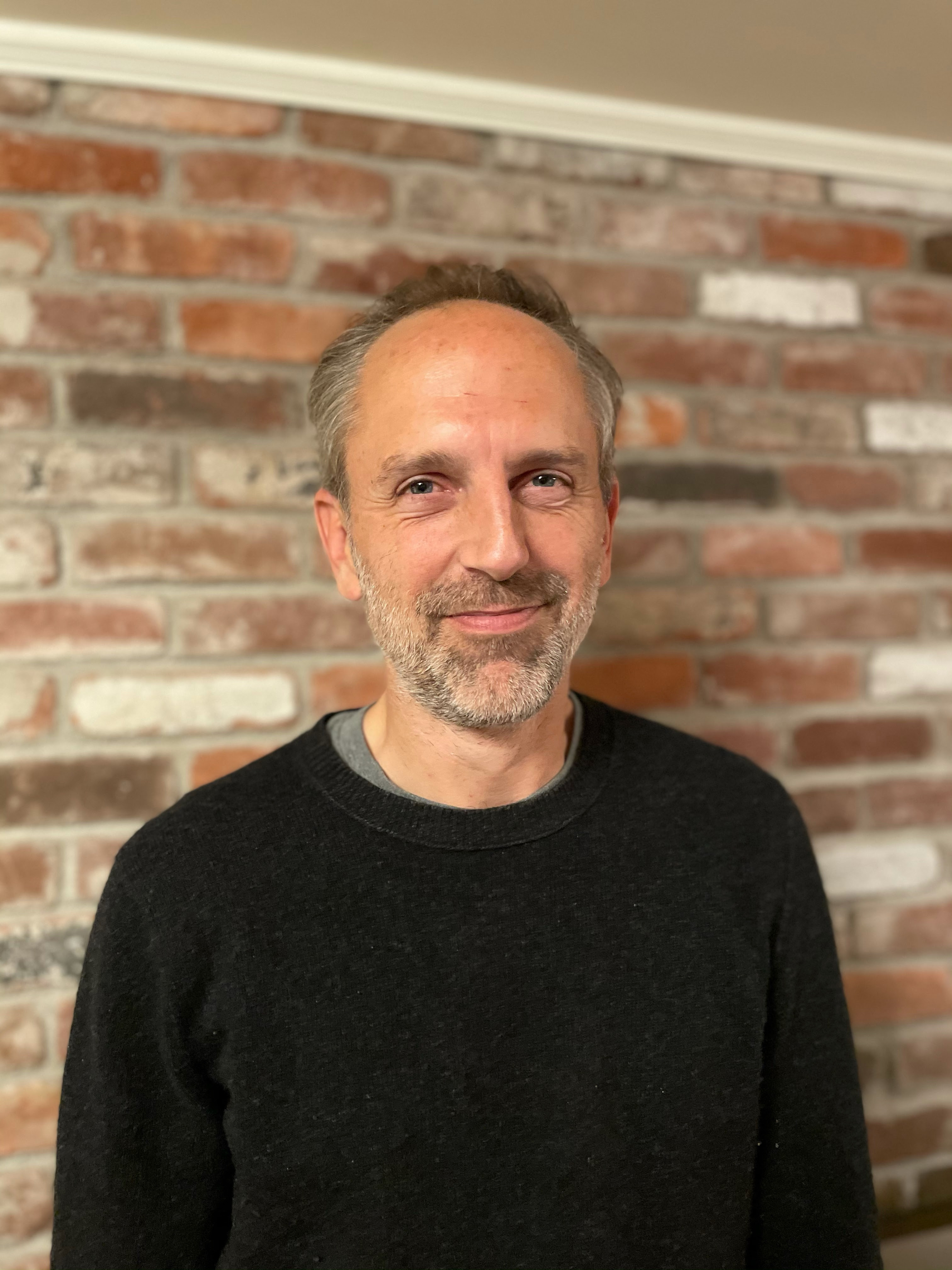 Robin Livingston grew up in West Marin, and now has his own family. He lives in Point Reyes Station. Robin is a creative person and has expertise in audio engineering, producing, and plays in a few local bands. Robin’s stepfather, James Stark, is a founder of KWMR. Second generation leadership right here! 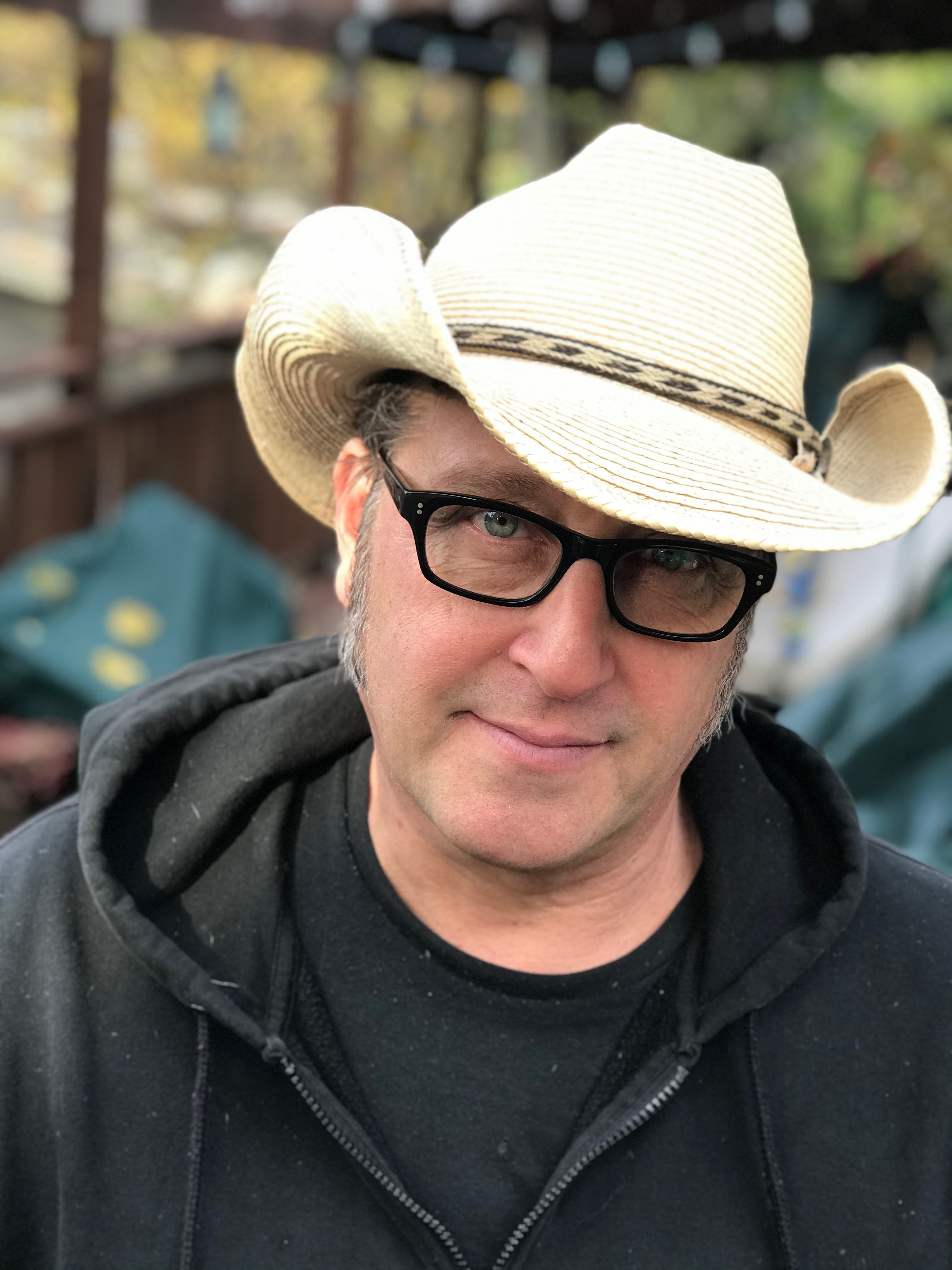 Kevin Meade lives in the Forest Knolls in the San Geronimo Valley where he and his wife have raised their two sons. Kevin is a singer songwriter and has collaborated with many other musicians. Kevin brings his love of music and local radio to the KWMR Board. 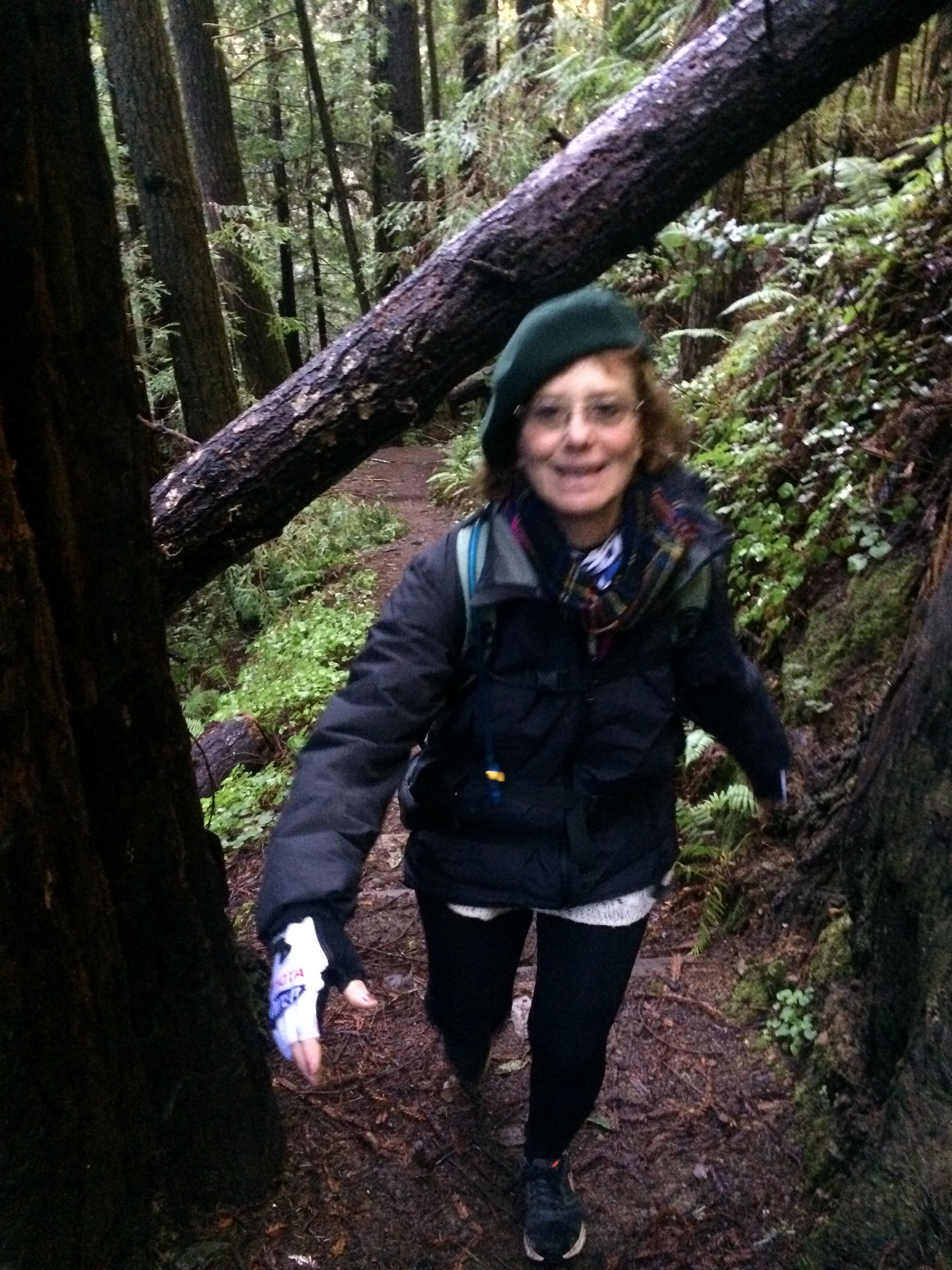 Cathy Richards lives in Inverness with her husband Rob Richards, who is a KWMR Programmer. Cathy is involved with KWMR as well as other local community organizations, and has a passion for youth involvement and inclusivity. 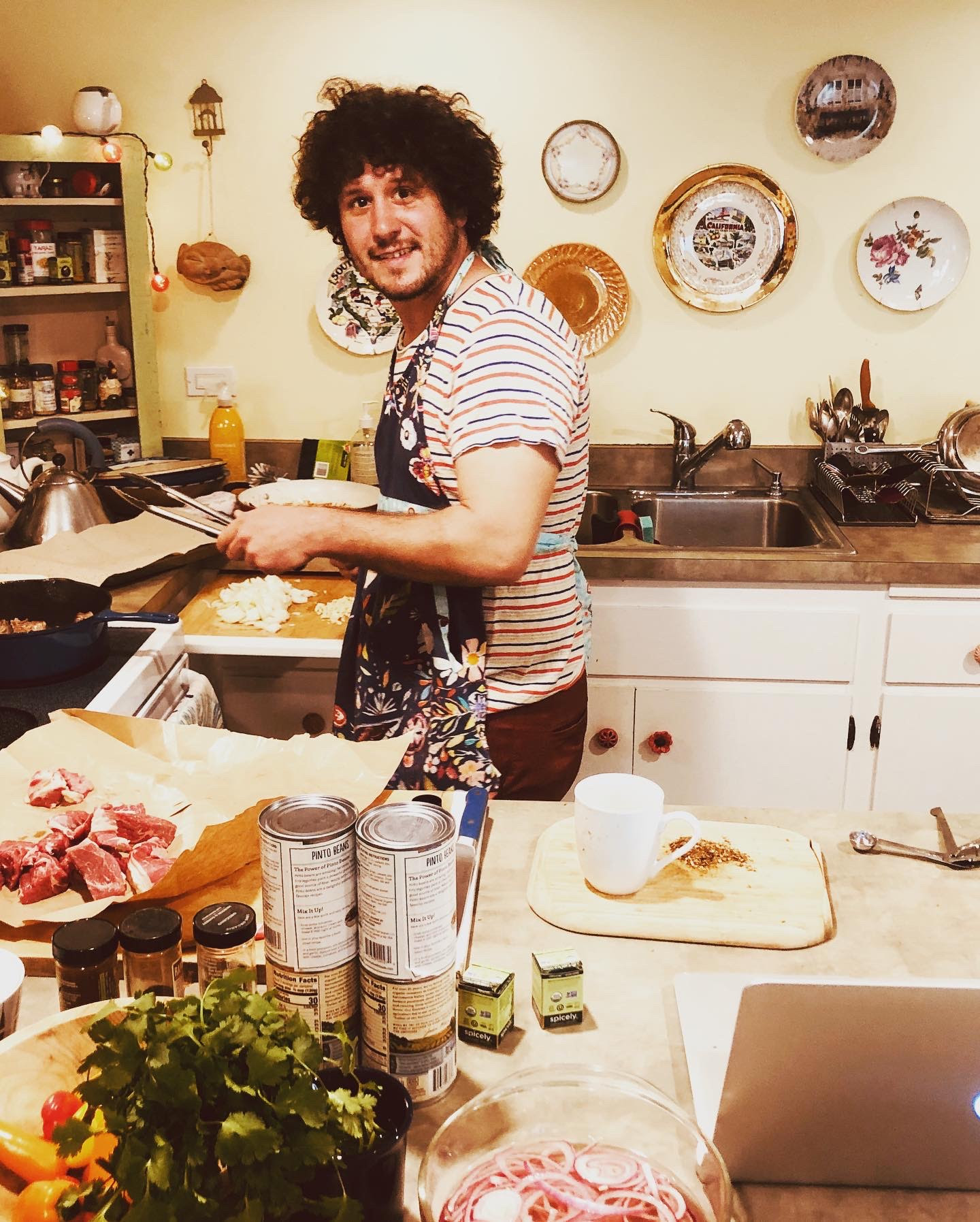 Danny Vitali lives in Point Reyes Station, where he and his partner are raising his daughter. Danny is a musician, gardener, and an incredible cook. Danny has a hands-on attitude and works to make KWMR the best radio station it can be, including contributions to the programming.

These fine folks, along with the stellar KWMR Staff and the amazing volunteer programmers, and of course our amazing (and extremely attractive and intelligent) listeners all contribute to KWMR being a trusted community resource. It really does take a village, and in KWMR’s case, many villages.

Have a lovely, and safe, and small, and possibly outdoor Thanksgiving!