Tuesday Oct 6, 2020
From the desk of Amanda Eichstaedt…

Yes people! What you are seeing here in the top photo is the Brandon Cichowski Woodward Fire 2020 KWMR EXCLUSIVE pledge premium set of 6 (SIX) coasters! Artwork by local legendary artists including Vickisa, Shelley Rugg, Mia Johnson, Lyal Michel, Chris Desser, and Jennifer Thompson. Oh yeah! Pledge dates: October 17-31.
The schedule is looking pretty good. Jeffrey Manson, Program Director and I are proud of the KWMR programmers! And Jeffrey brings some great skills to the job since he has vast experience editing audio. His guidance has helped me immensely. I am getting better at it myself.

Because the schedule has been in flux, the archives have been a bit wonky, and some shows have been difficult to find. This should be improved going forward. Here is the October Schedule.

While we know that “making a show at home” is not the same as the experience of being live in the studio, we certainly appreciate the time and care folks are putting into their “homegrown” creations. The following is merely the tip of the iceberg, highlighting a few music shows. In future columns I will be digging deeper. 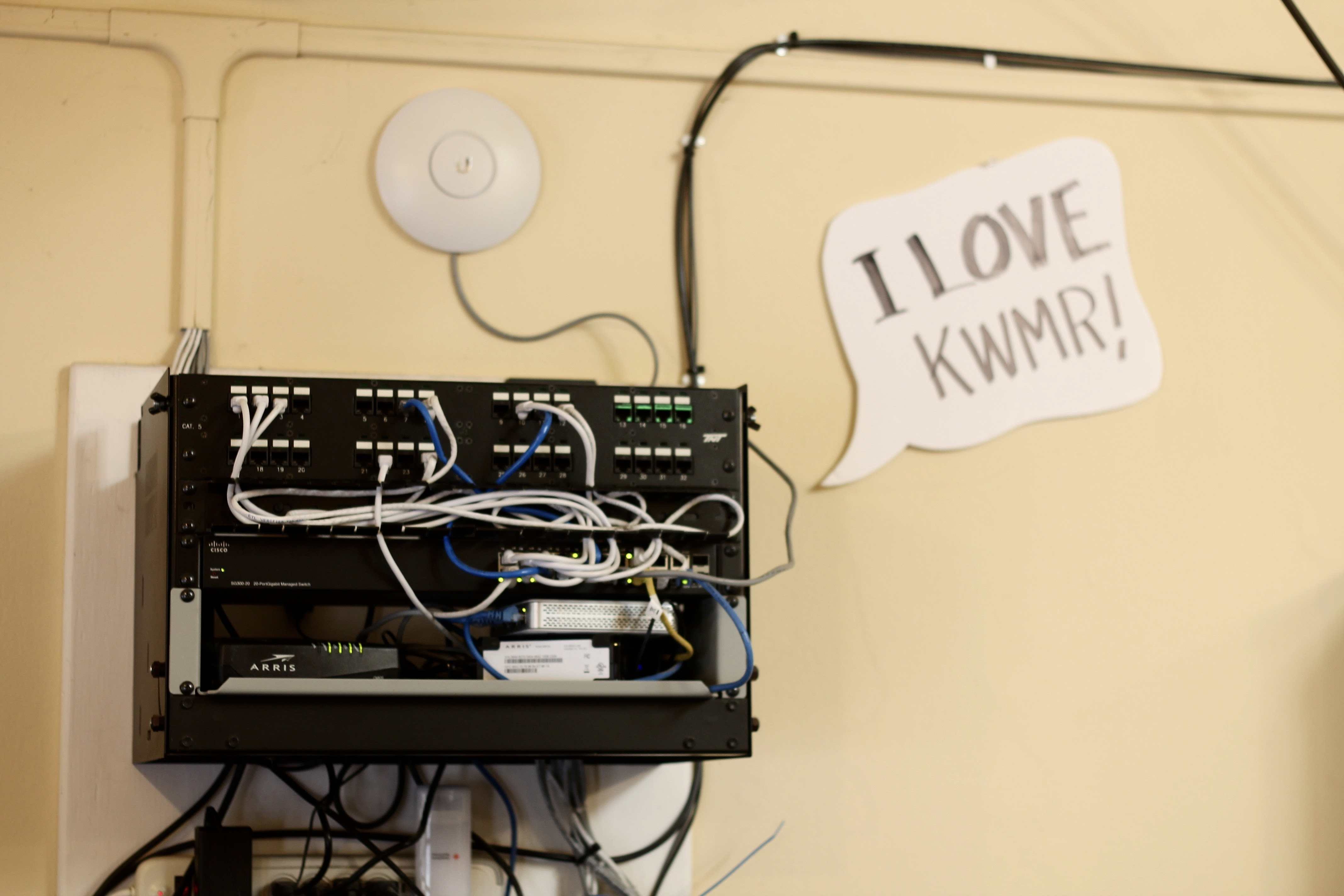 This internet has been a critical part of getting shows downloaded from people, bringing you the fire updates, and staying in touch with everyone.   photo: Alyssa Tanner

Starting from scratch, host Rob Richards, a collector of music, got some guidance from experienced producer and fellow programmer Grey Shepard (Between Rock & a Jazz Place) and began creating his “Midnight in Luxembourg” shows at home. Grey has also helped Neil Dickman with his “Bring it on Home” show. Another programmer who has gone from zero to sixty in no time (after not producing for six months) is Mike Varley, his second “Running with Scissors” program will play this Wednesday night at 6:30 PM.

Betsy Nichols’ show Foraging has been holding down the 2 PM Sunday spot since the pandemic began, in fact, she began producing Weekly when Patrick Kleeman, host of “The Kitchen Sink” relocated to Sonoma County. But Patrick has decided to throw his hat back into the ring now and again on the “Monday Mix,” every Monday from 6:30 – 8:30 PM – this is a spot for infrequent shows, excellent repeats, and shows submitted by folks like YOU!

Veteran producers like Janet Robbins (Classical Friday, Turning Pages, and Sunday Celebration) has recycled some older content, and produced some new. Emmanuel (The French Touch, Classical Wednesday and Classical Friday) has increased his offerings to the KWMR airwaves and is marketing his programs far and wide. Oui oui! A big shout out to Anthony Consani who is producing both “Silver Dollar Jukebox” as well as “Off The Cuff” for broadcast.

Paul Flowerman, a former programmer and Board Member who moved to Wisconsin has revived “Elbow Room,” and is sending it across state lines from Wisconsin. Speaking about out of state, Dr. Decibel left California several years ago and the one constant has been his “After Dark” show, and now he will be producing “Rock N Roll Roundup” weekly (starting tonight!) as well. And Doug Adamz, musician and former West Marin resident is repurposing a program he makes for KTAL in Las Cruces called “In the Wind,” for the KWMR airwaves on Tuesday evenings.

We have heard from a few of you that miss your favorite voices on the KWMR airwaves. Rest assured, we are in touch with folks and hope to get as many programmers as are willing and able back onto the airwaves. You just have to do what you can during a pandemic. Safety and everyone’s health is our top priority.

p.s. Have you supported community radio recently? It just feels good!
p.p.s. And why not a picture of Waylon! 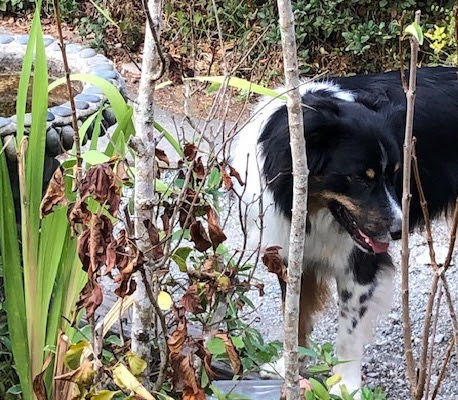 Fall is in the air! Waylon says hello.   photo: AE