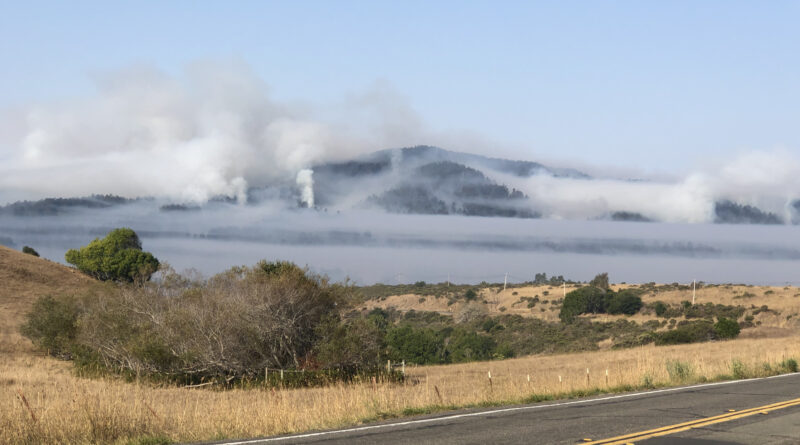 Tuesday Sept 8, 2020
From the desk of Amanda Eichstaedt…

As we have been told, the Woodward Fire will be burning in the dense fuels in our hillsides for some time, likely until the first drenching rains of the season. It would be nice to say, “Ok, we have had our fire, season over.” That is not to be, as we have experienced in recent years, fire season is all year, and lasts, depending on precipitation, well into November. 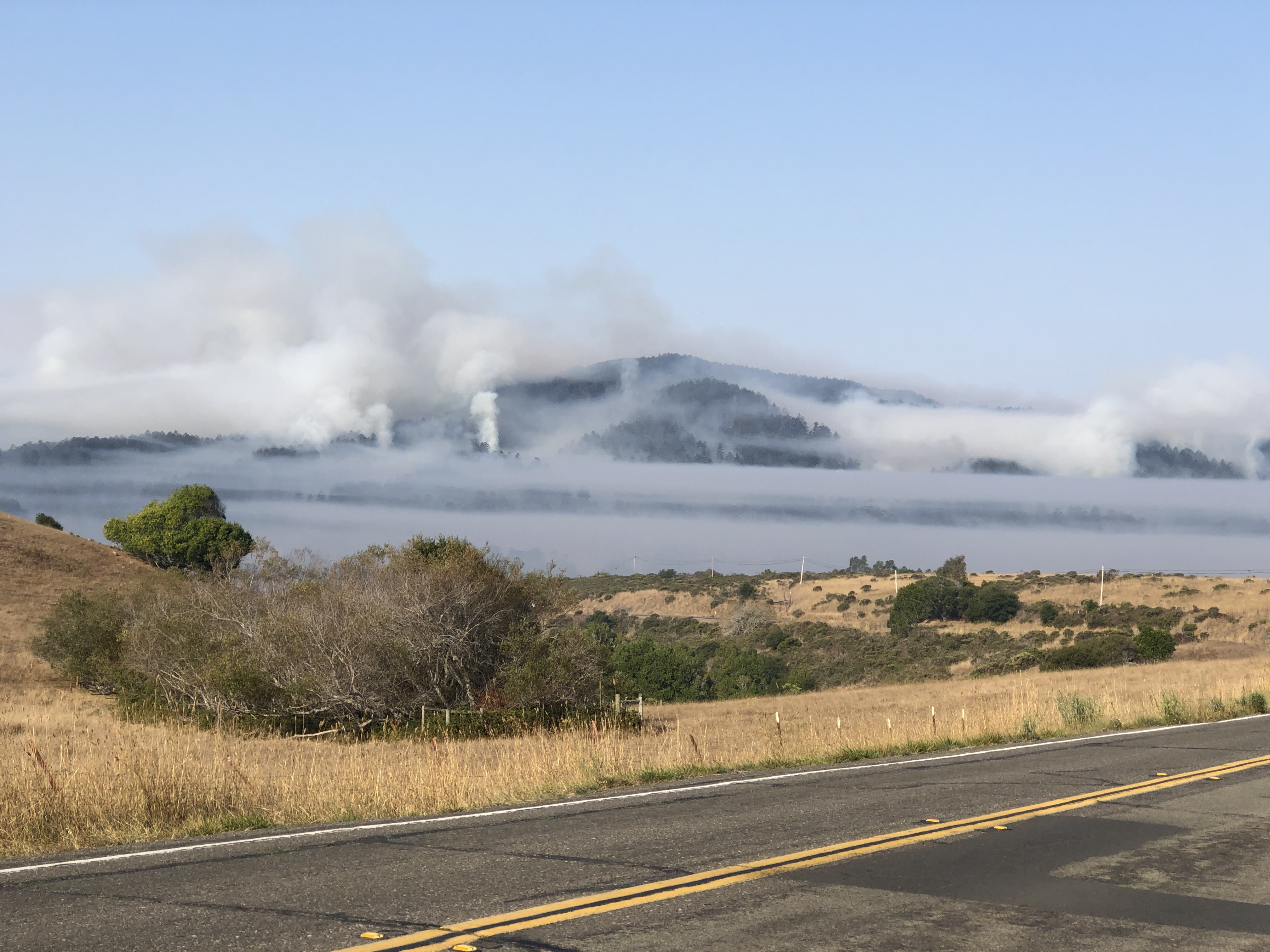 We owe a huge debt of gratitude to the women and men who fought this, and every fire. The Incident Command team is transitioning from the Northern Rockies team to the Big Basin team, a move that is being made due to the number of people working the Woodward Fire.  KWMR would like to commend Brandon Cichowski, Operations Section Chief, and Mary Rasmussen, Public Information Officer with Northern Rockies for their professional, and warm, handling of the information to the community. They, along with local spokespersons Brenton Schneider from the Office of the Marin County Sheriff, and our own Marin County Fire Chief, Jason Weber, did a fantastic job of keeping us informed. There were others that stepped in, but these folks are most memorable to me. And NOAA meteorologist Jeremy Michael with his explanation of how weather impacts the fire. And let’s not forget the Scooper Planes!

Brandon for his award-winning beard, and use of the word “crick” to describe the drainage areas around the fire along with very good information. Mary was straightforward, and told us what we needed to know. Jason kept us on our toes, and reminded us (keep this in mind, folks) that fire season is just beginning and we need to be ready and aware. And Brenton keeping us informed about the evacuation warnings and orders. Jeremy did a great job explaining the weather angle on the fire.

I would also like to commend the KWMR team. Ian McMurray, our IT guy, who just finalized in June putting the ability for automated messages to run every 30 minutes. And Richard Dillman, for inquiring whether this was possible. Jeff Manson for continuing to steer the programming ship in the right direction, and Mia Johnson for her excellent work with all social media avenues. Richard, Jeff, and I were all under evacuation warnings while working to bring information to the community. Yes, it was very stressful.

And thank you! For the over 900 people that read the Round Up two weeks ago – a record. Your contributions, kind words, notes and emails, as well as letters to the editor. Having that support from the community makes doing what we do more than worth it.

And how about the community outpouring of gratitude for the fire fighters. All those great signs. That is us, West Marin! We will get through this, and we have learned a few things. We know more about containment and back burns. We are seriously contemplating, and taking action on our defensible space. We have considered, and reconsidered what is in our “go bags.”

I know that I am still on edge, but I also know how important it is to show others that you care, like Jason, and Mary, and Brandon, and Brenton did for us. And our community did for the firefighters, and for KWMR.

Mask up, and don’t go out and breathe smoke,
Amanda Eichstaedt, Station Manager and Executive Director

p.s. Learn HERE about how to get a COVID test in Marin County.

p.p.s. Have you completed the Census? It’s easy and funding for our rural communities depends on it!

p. p.p.s Check to be sure your voter registration is accurate.