We wish the following folks a Happy Birthday. Bovine Bakery is celebrating 30 years in business (May 3), they share this birthday with James Brown and Pete Seeger. May 4th is Chris Giacomini’s birthday.

On Saturday, May 2nd KWMR celebrated 21 years of FM broadcasting. We are now entering our 22nd year. May of the same voices that you heard on Horizon Cable before the station began broadcasting are still on the air! I dug into the archived schedules, and other than the flipping of the giant switch to turn KWMR on as an FM station the following programs were broadcast on May 2nd 1999. 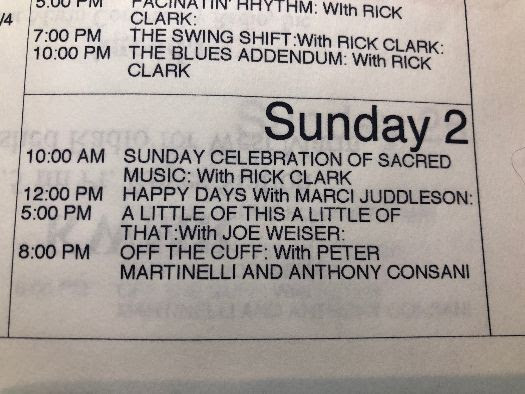 I think that maybe Rick Clark slept overnight in the Red Barn!

During the month of May, KWMR is celebrating our 21st Anniversary with a fundraising campaign. Since we cannot do a traditional (very human intensive) Pledge Drive, we still need to raise operational funds to keep KWMR on the air. You can donate HERE, or mail a check to KWMR, P.O. Box 1262, Point Reyes Station, CA 94956. Thank you in advance for your support!

Here is the following week. Fun to see how many names we still recognize who are still gracing the airwaves (in non COVID-19 times). 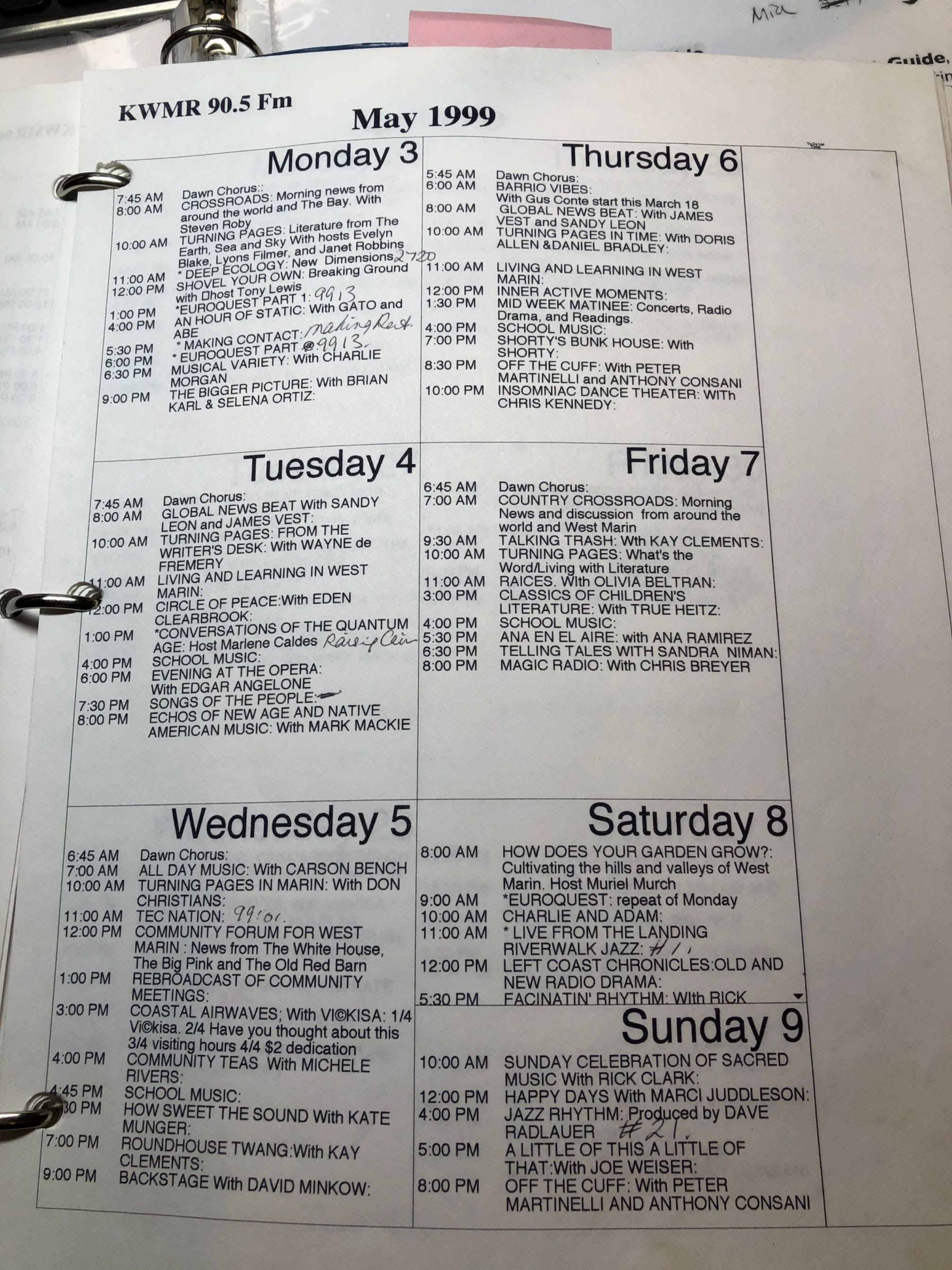 I asked Richard Dillman to recount his experience in being involved with KWMR during the early days:

“I was living in San Francisco when word filtered down from the north that a group in West Marin was planning to establish a community radio station.  As a radio obsessive and someone already in love with West Marin, that was tantalizing information.  I somehow managed to insinuate myself into the project and step by step we got closer to our goal.  There were many memorable moments, like playing Pavarotti to the cows from a pirate transmitter in my Jeep in the hills above Marshall (I hope the statute of limitations has passed!) to test what the reach of the station might be.  Then finally the moment came when we were ready.  It seemed the entire West Marin community was gathered at the old Red Barn.  I threw a giant Frankenstein switch and a point on the FM dial where before only faint whisperings could be heard now became a place of community entertainment and information.  The crowd roared out the first station identification in unison: “THIS IS K… W.. M… R… POINT REYES STATION!”, the band kicked off and we were on our way.  It was a moment none of us will ever forget.  But some months later I realized that KWMR had really become part of the community as we always hoped it would.  I was at the post office when I overheard some folks in conversation as one said to the other, “Yeah, I heard it on the radio station.”  No need to mention which radio station.  That was a given.  It was our radio station, KWMR, true community radio in West Marin.” 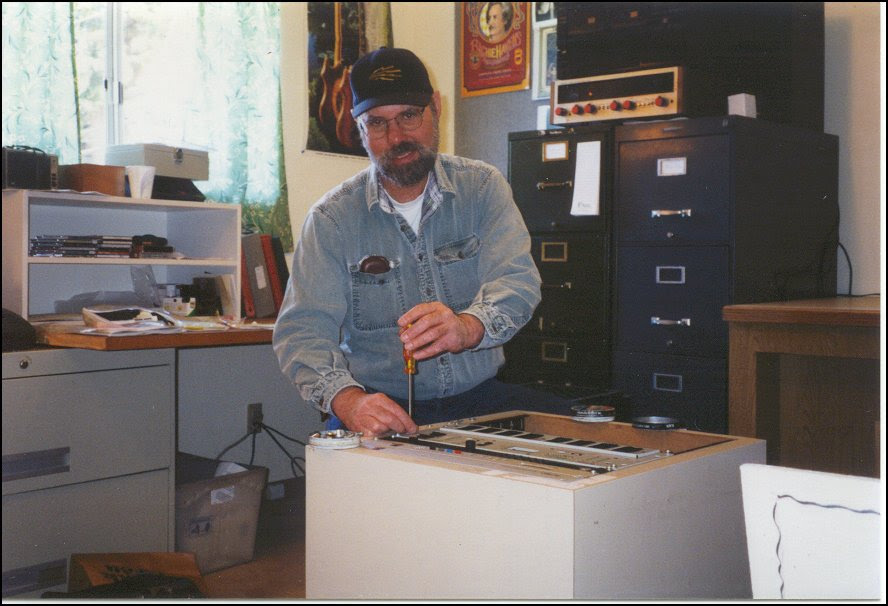