I read yesterday that the the President (of the United States) proposed budget would rescind all but $30 million of each Fiscal Year 2021, and 2022 funding for public media. Current funding levels, which have not changed in years are at $445 million dollars annually. This is a BIG drop in funding to support the work of public media. You should be aware that KWMR is eligible for roughly $110,000 per year via the Corporation for Public Broadcasting (CPB). This is one quarter of our $400,000 +/- budget each year. So while we hold two pledge drives a year, feature events, and send out annual appeals, this would change the way we do business in a major way. Check out page 100 in this document. The other proposed cuts are equally daunting, although none are surprising.

I don’t really want to think about it since it would be such a game changer for us. But I do think about it, all the time. What if….? What if the CPB funding went away? While I don’t have a detailed plan in place for such a scenario, I can assure you that our largest line item would be affected – payroll. We do what we do with our limited budget and thankfully the dedicated employees at KWMR enjoy their jobs enough to continue to work here for relatively low wages. My recommendation is to let your elected officials know that funding for public media is important!

The 1500 locally controlled public television and radio stations rely on this, and have made it work. It’s a bargain for this country.

On a lighter note, I was tuned in to KWMR on Sunday afternoon. This has become one of my “go to” times to tun into KWMR. Well, actually I listen all the time, but I was ready to listen to some great music. The Sunday afternoon line-up did not disappoint! Betsy Nichols mixes it up with her eclectic mix of older and newer tunes that she has “Foraged” from all over the world! Rob Richards educates listeners while giving them dance breaks as he catalogs the British invasion on “Midnight in Luxembourg.” DJ Lobo mixes it up further with “Radio Loco.” His sensibility is different than mine, and is expanding my love for different genres and tunes. Then Jesse Lumb hit the airwaves with is pals on “Radio Killed the Video Star.” Just wow, all very new and interesting music being made right here in the Bay Area.

These programs are worth a listen! The links will take you to the archives. If you have a spare 8 hours and you want to listen to great music, KWMR is a go to location for live programming, as well as archives! In fact, much of KWMR’s programming is locally curated music! I would like to publicly thank all of our volunteer music hosts specifically for blessing our “ear holes” with such amazing selections.

And Sweethearts of the Radio was a great concert this past Saturday night. Not only was the vibe “just right,” but everything went very smoothly from start to finish. the music was excellent and the crowd, and the musicians visibly enjoyed themselves. Events are a lot of work, but this concert is beloved, and has been going on since the beginning of KWMR. Paul Knight gave me some history. Kay Clements and Paul Knight pulled a crew of amazing performers together and held the first Sweethearts (year TBD) in the Red Barn (now green). There were 400 people in attendance, and they had to turn folks away! We are working on getting more details, and possibly some of the recordings from this historic concert. Stay tuned. 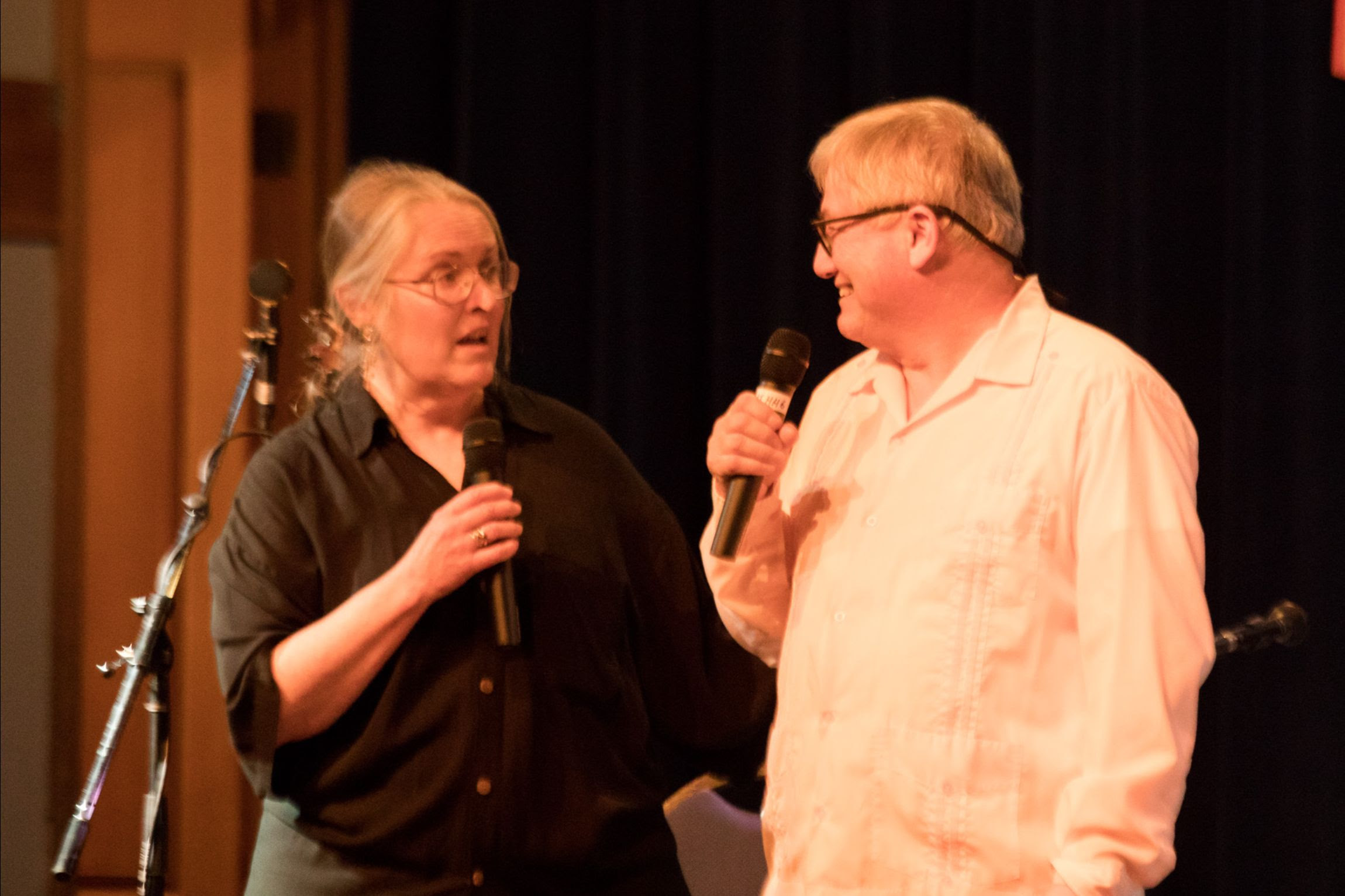 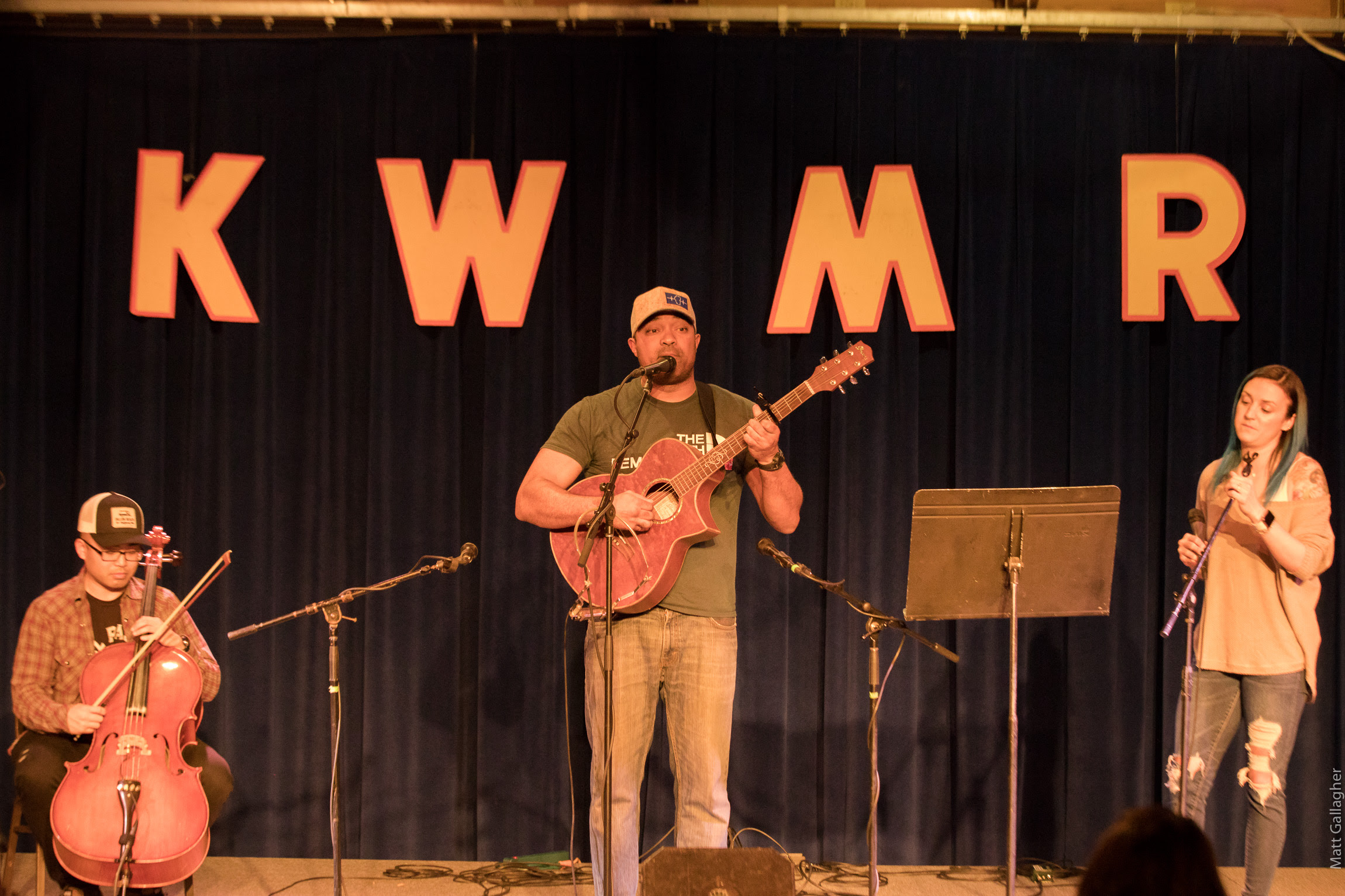 Desi and the Mish opened the show.   photo: Matt Gallagher 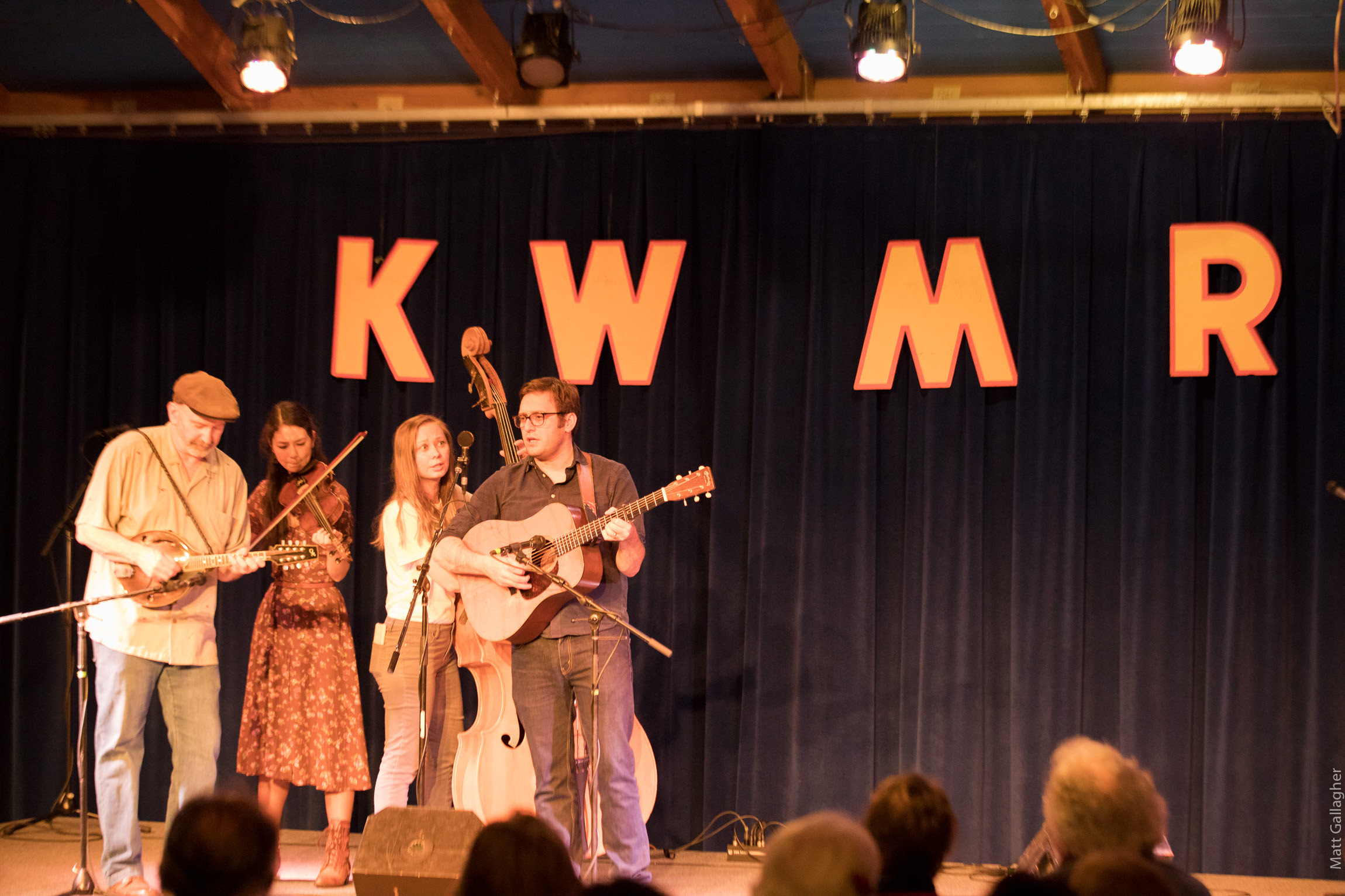 As I mull over this potential loss of critical funding for KWMR, and what it takes to oversee the wonderful creative content that leaves the KWMR airwaves, along with the 1499 other locally owned public broadcast entities, I try to be hopeful. What else can I do? I continue to value our community, our volunteers, and the audio that I can experience on KWMR, as well as other public stations.

All public media, including KWMR has impact. We know because you call, you contribute, and you bring your important issues to the airwaves. Thank you all for sharing your enthusiasm for the airwaves!

Happy Valentines Day one and all.

p.s. Here’s a handy dandy website to be sure you get your vote in for the Primary on March 3.